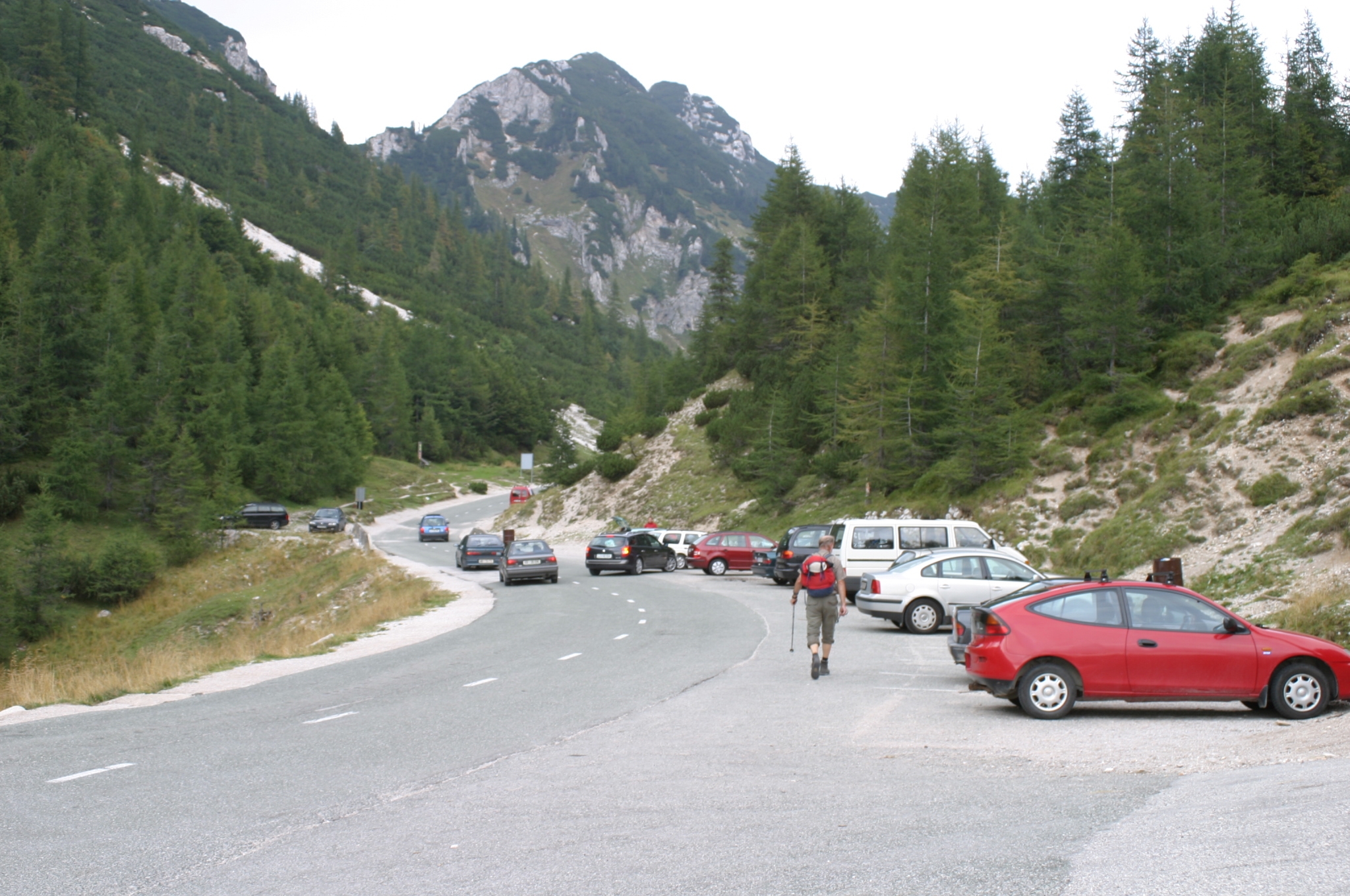 The Vršič Pass (pronounced [ʋəɾˈʃitʃ]; Slovene: prelaz Vršič, Italian: passo della Moistrocca, German: Werschetzpass), with an elevation of 1,611 metres (5,285 ft), is a high mountain pass across the Julian Alps in northwestern Slovenia. It is the highest pass in Slovenia, as well as the highest in the Eastern Julian Alps. It connects Upper Carniola with the Trenta Valley in the Slovene Littoral. The road across the pass, now known as Russian Road (Ruska cesta), was originally built for military purposes in the early 19th century and followed an earlier trade route. The Vršič Pass is considered an excellent starting point for excursions to surrounding peaks.