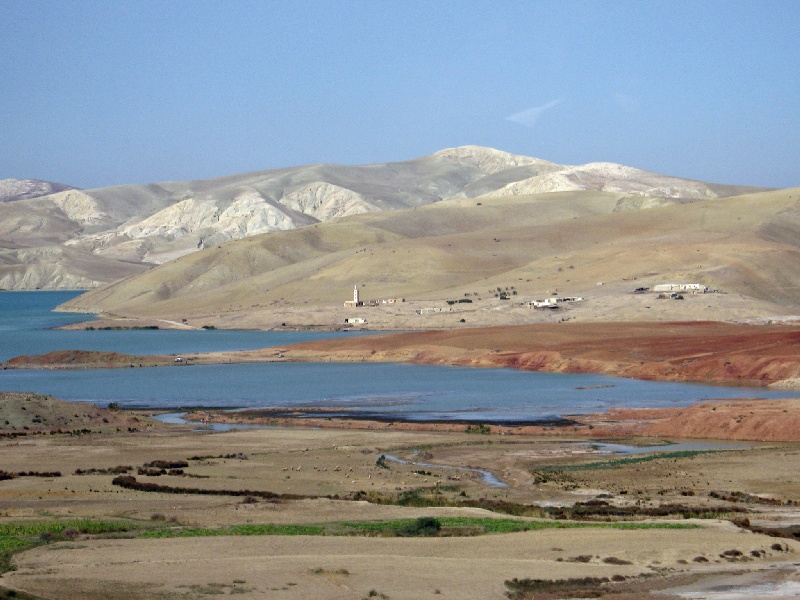 Sebou (Berber: Asif en Sbu, Arabic: سبو‎) is a river in northern Morocco. At its source in the Middle Atlas mountains it is known as the Guigou River (Berber: Asif n Gigu). The river is 496 kilometers long and has an average water flow of 137 m3/s, which makes it the largest North African river by volume. It passes near the city of Fes and discharges to the Atlantic Ocean in Mehdia. Sebou is navigable for only 16 km as far as the city of Kenitra, which has the only river port in Morocco. Its most important tributaries are the Ouergha River, Baht River and Inaouen River. The river supports irrigation in Morocco's most fertile region: the Gharb.