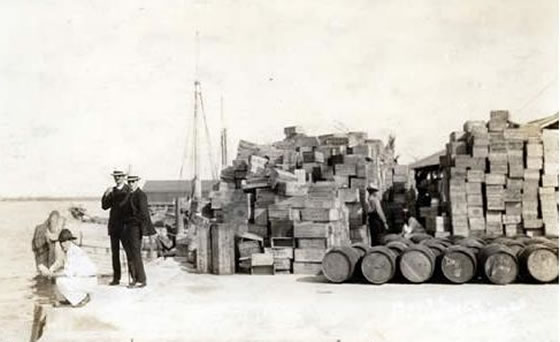 West End (also referred to as "Settlement Point") is the oldest town and westernmost settlement on the Bahamian island of Grand Bahama. It is the current capital of Grand Bahama, contrary to the popular belief that Freeport City is the capital of the island. It is also the third largest settlement in The Bahamas. There is one airport in West End, West End Airport, which serves mostly private aircraft. Since the 1950s, the settlement of West End has fluctuated with the rise and fall of the adjacent resort developments.