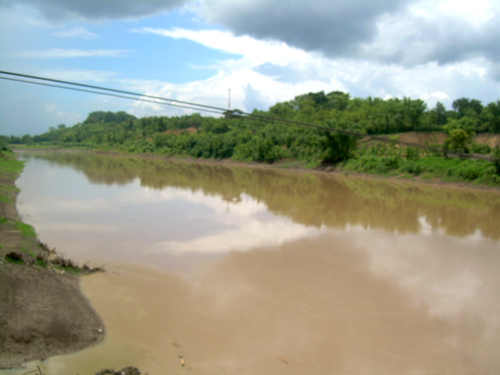 The Solo River (known in Indonesian as Bengawan Solo, with Bengawan being an Old Javanese word for river, and Solo derived from the old name for Surakarta) is the longest river in the Indonesian island of Java, it is approximately 600 km (370 mi) in length. Apart from its importance as a watercourse to the inhabitants and farmlands of the eastern and northern parts of the island, it is a renowned region in paleoanthropology circles. Many discoveries of early hominid remains (dating from 100,00 to 1.5 million years ago) have been made at several sites in its valleys, especially at Sangiran, including that of the first early human fossil found outside of Europe, the so-called "Java Man" skull.