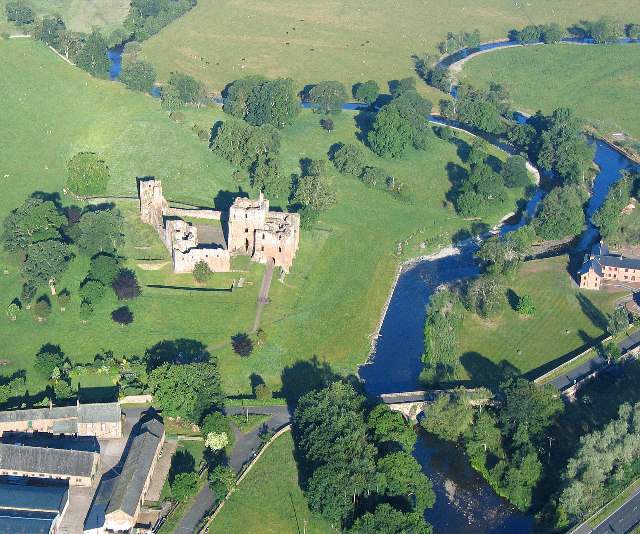 Brougham Castle (pronounced /ˈbruːm/) is a medieval building about 2 miles (3.2 km) south-east of Penrith, Cumbria, England. The castle was founded by Robert I de Vieuxpont in the early 13th century. The site, near the confluence of the rivers, Eamont and Lowther, had been chosen by the Romans for a Roman fort called Brocavum. The castle is scheduled as an Ancient Monument, along with the fort, as "Brougham Roman fort and Brougham Castle".