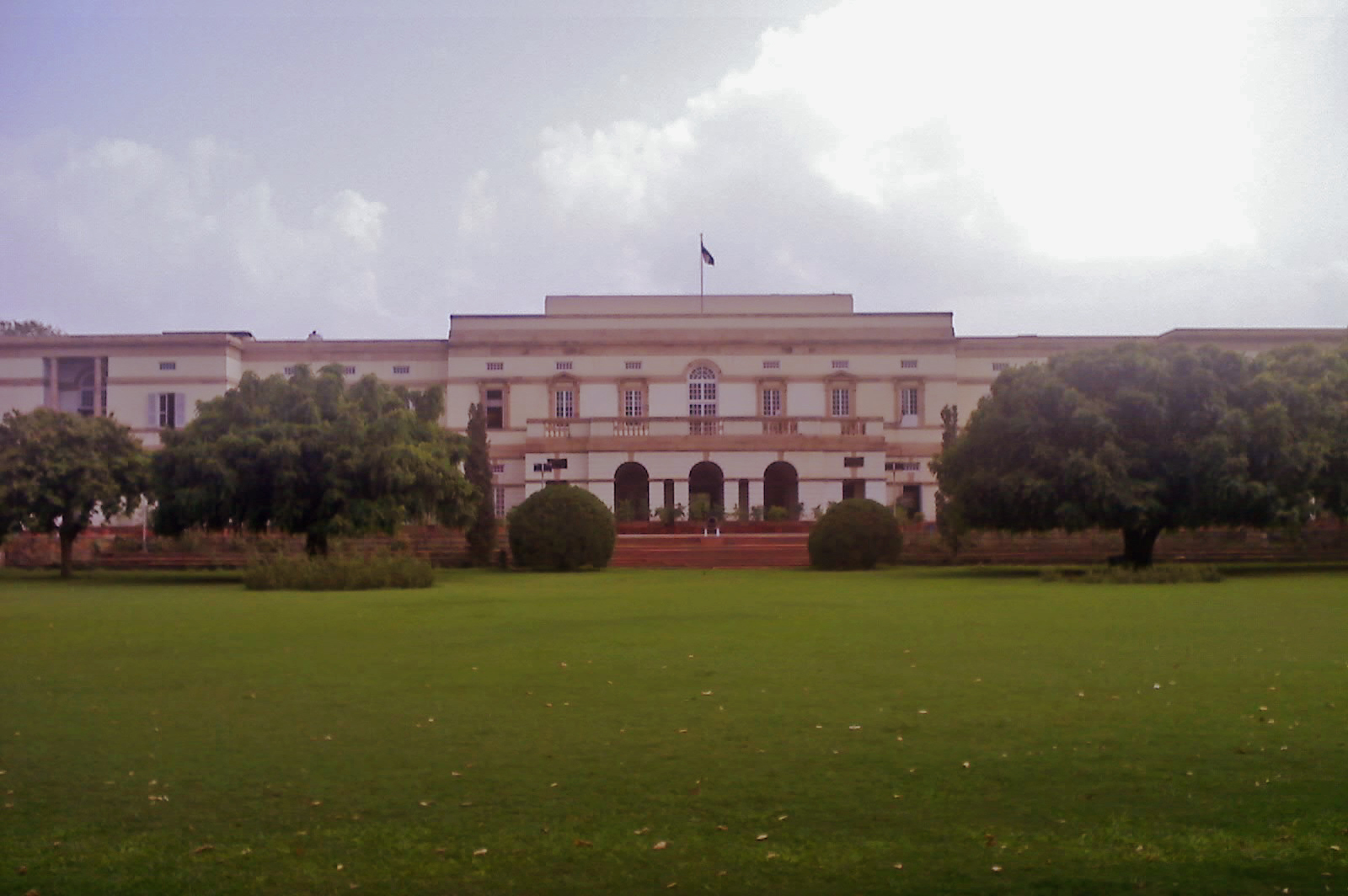 The Teen Murti Bhavan (Teen Murti House; formerly known as Flagstaff House) is the former residence in New Delhi of the first Prime Minister of India, Jawaharlal Nehru. He stayed there for 16 years until his death on 27 May 1964. It was designed by Robert Tor Russell, the British architect of Connaught Place and of the Eastern and Western Courts on Janpath during the British Raj. Teen Murti Bhavan was built in 1930 as part of the new imperial capital of India, New Delhi as the residence of the Commander-in-Chief of the British Indian Army.