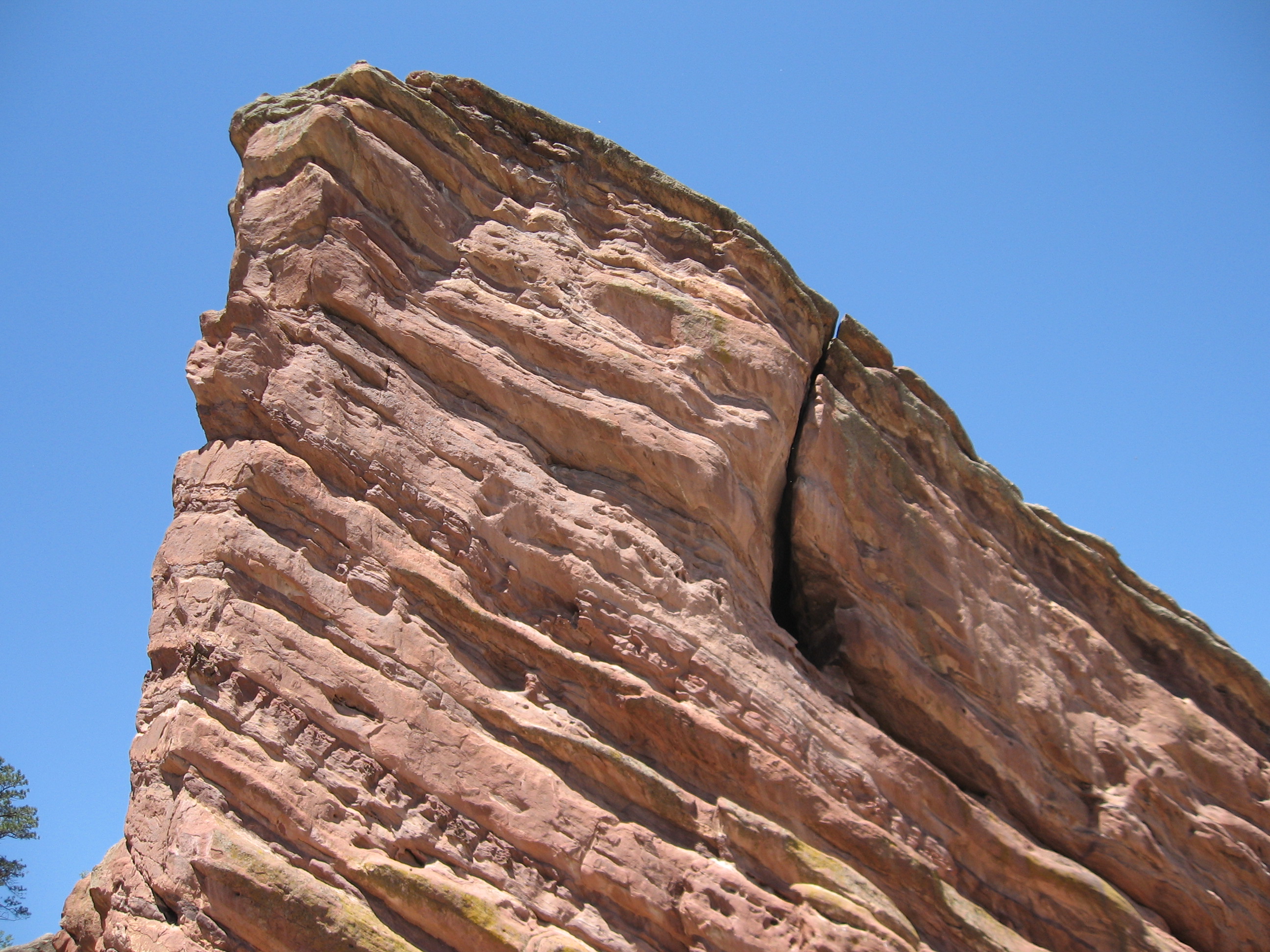 Red Rocks Park is a mountain park in Jefferson County, Colorado, owned and maintained by the city of Denver as part of the Denver Mountain Parks system. The park is known for its very large red sandstone outcrops. Many of these rock formations within the park have names, from the mushroom-shaped Seat of Pluto to the inclined Cave of the Seven Ladders. The most visited rocks, around Red Rocks Amphitheatre, are Creation Rock to the north, Ship Rock to the south, and Stage Rock to the east.