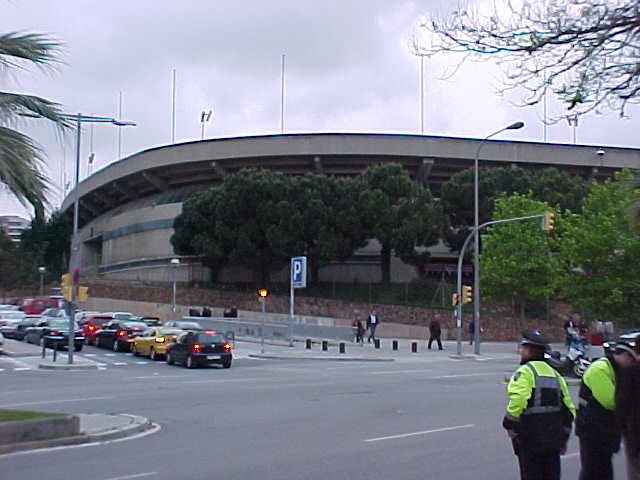 Miniestadi (Catalan pronunciation: [ˈmini əsˈtaði], meaning in English "Mini Stadium"), officially named "Miniestadi", was a football stadium in Barcelona, Catalonia, Spain. The 15,276-seat stadium was situated across from Camp Nou, the home stadium of FC Barcelona. The stadium was home to FC Barcelona B, FCB's reserve team, as well as their women's team and Juvenil A. The stadium is now replaced by the newly built Estadi Johan Cruyff, which was completed on 27 August 2019.