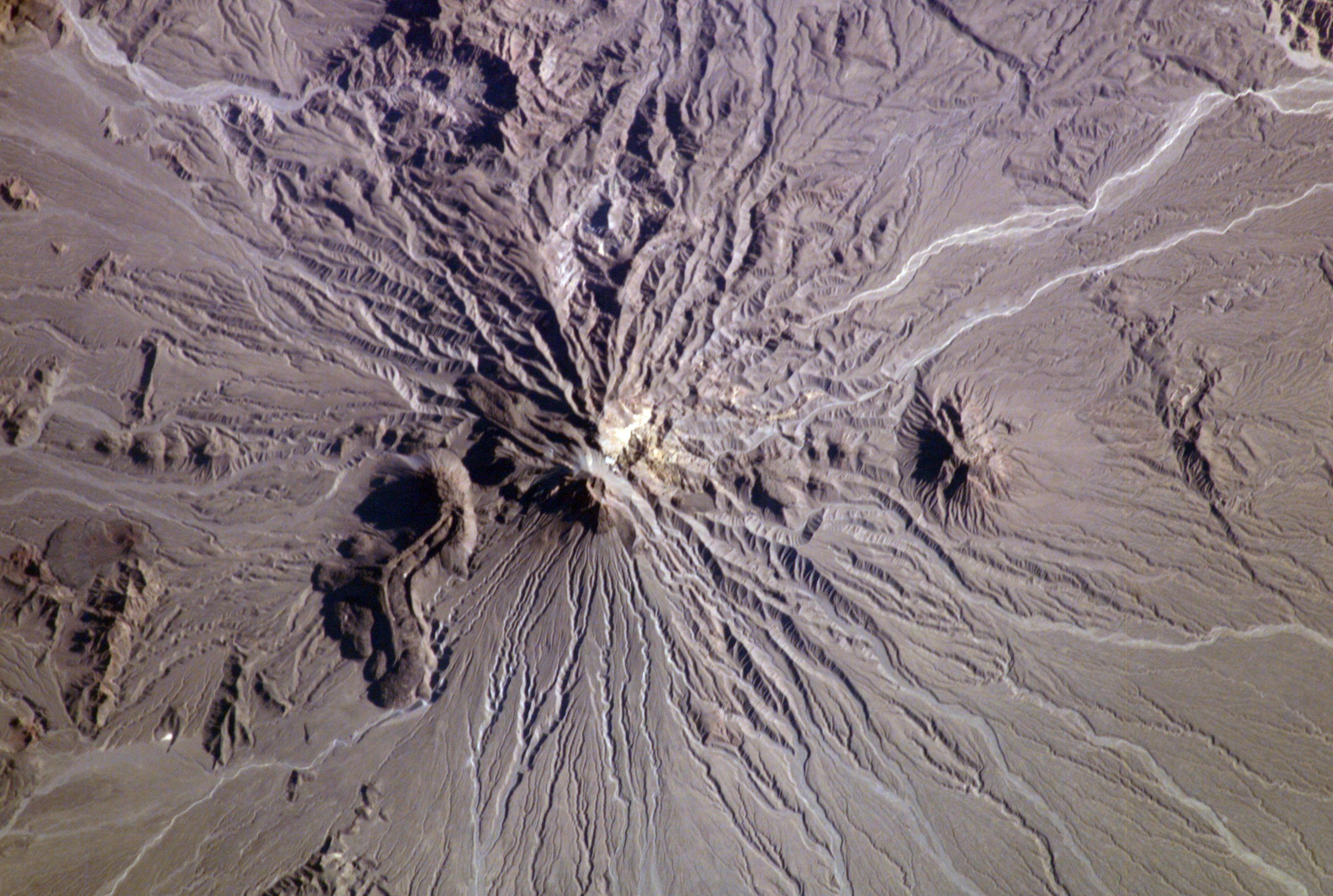 Bazman (Persian: بزمان‎, also known as Kuh-e Bazman) is a dormant stratovolcano in a remote desert region of Sistan and Baluchestan Province in south-eastern Iran. A 500-m-wide crater caps the summit of the dominantly andesitic-dacitic volcano, the flanks of which are covered by monogenetic centres especially to the northwest. Bazman is a geologically young volcano which formed mainly in the Quaternary, with the oldest dated rocks being 11.7 million years old and the youngest 0.6 million years. Although no historic eruptions have been reported from Bazman, it does contain fumaroles. Thus Bazman may be regarded as dormant, rather than extinct. Its satellite cones have been the source of basaltic lava flows.