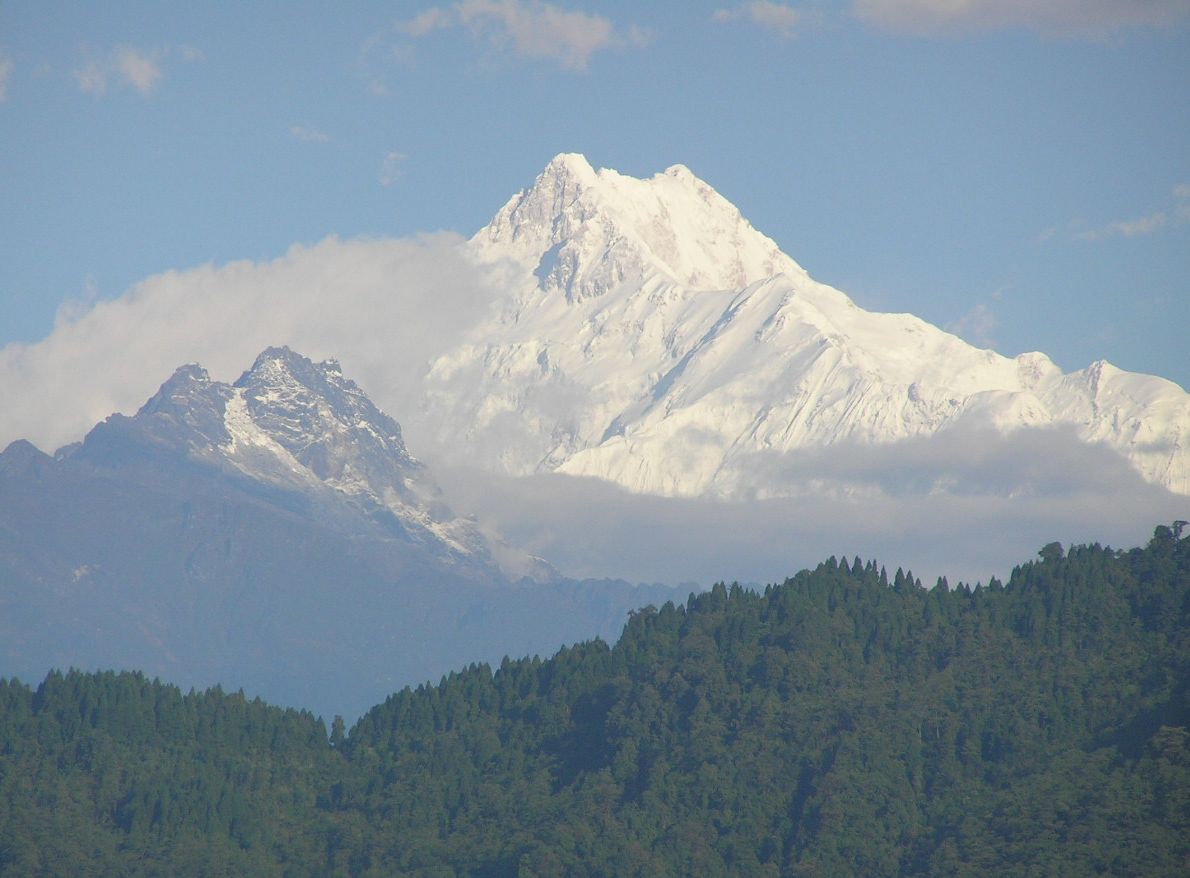 Kangchenjunga, also spelled Kanchenjunga, is the third highest mountain in the world. It rises with an elevation of 8,586 m (28,169 ft) in a section of the Himalayas called Kangchenjunga Himal delimited in the west by the Tamur River, in the north by the Lhonak Chu and Jongsang La, and in the east by the Teesta River. It lies between India and Nepal, with three of the five peaks, namely Main, Central and South, directly on the border, and the peaks West and Kangbachen in Nepal's Taplejung District.