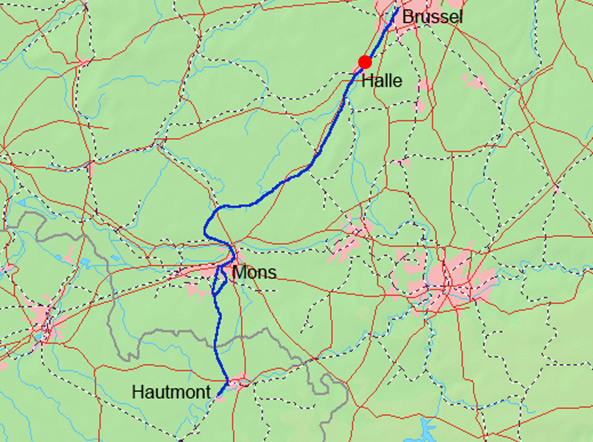 The Halle train collision (also known as the Buizingen train collision) was a collision between two NMBS/SNCB passenger trains carrying a combined 250–300 people in Buizingen, in the municipality of Halle, Flemish Brabant, Belgium, on 15 February 2010. The accident occurred in snowy conditions at 08:28 CET (07:28 UTC), during rush hour, on railway line 96 (Brussels–Quévy) about 12 kilometers (7.5 miles) from Brussels between P-train E3678 from Leuven to Braine-le-Comte (a local rush hour train) and IC-train E1707 from Quiévrain to Liège (an intercity train). A third train was able to come to a stop just in time. The collision killed 19 people and injured 171, making it the deadliest rail accident in Belgium in over fifty years.