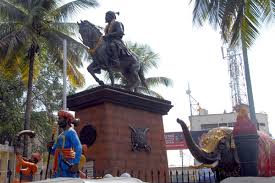 Nanded is a city in Maharashtra state, India. It is the eighth largest urban agglomeration of the state and the seventy-ninth most populous city in India. It is the second largest city in Marathwada subdivision. Nanded is the centre of governance of Nanded district. Nanded is a major destination for Sikh pilgrims, because the 10th Sikh Guru (Guru Gobind Singh) made Nanded his permanent abode and passed his guruship to the Guru Granth Sahib before his death in 1708.