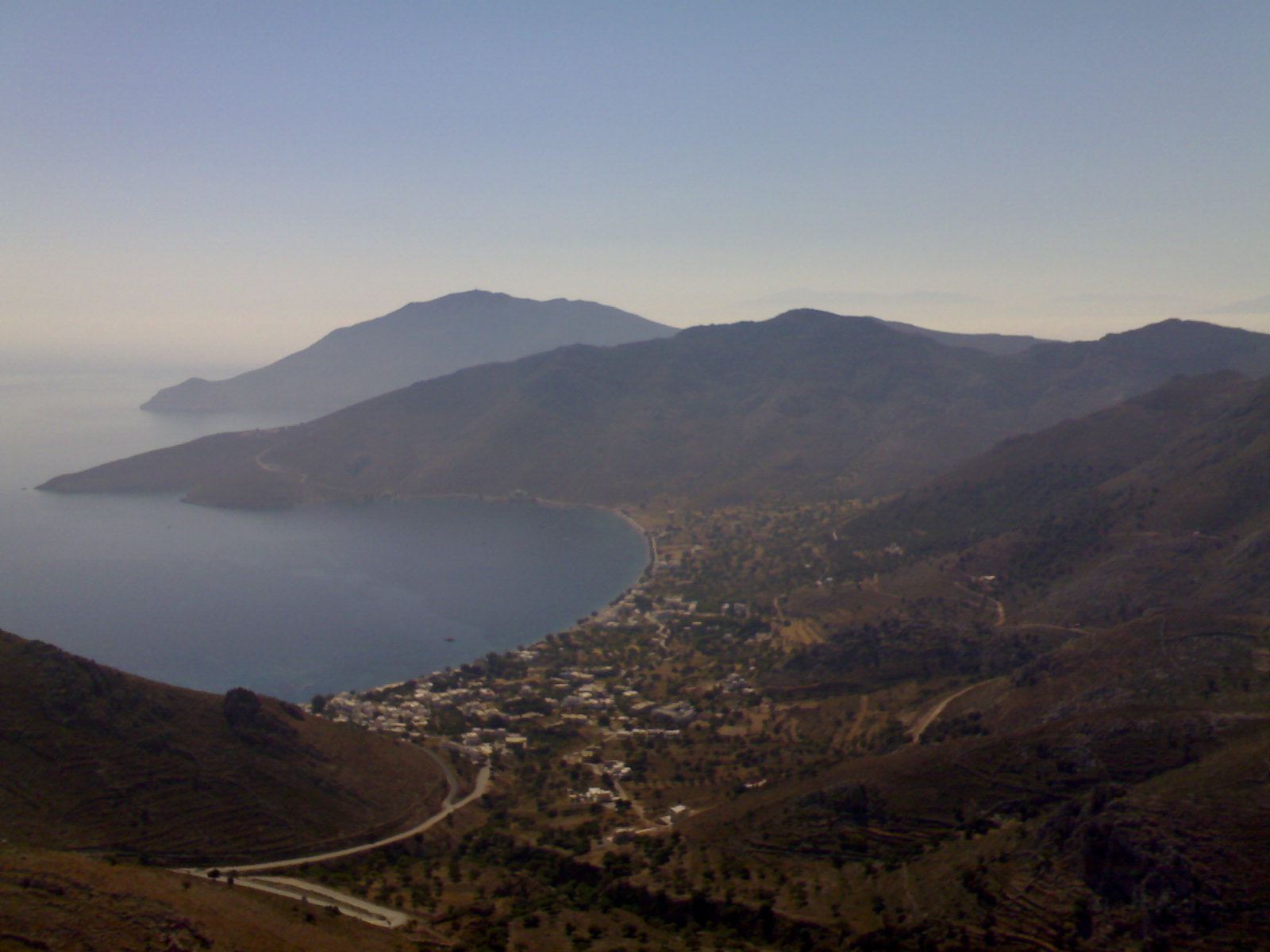 Tílos (Greek: Τήλος; Ancient Greek: Τῆλος, romanized: Telos) is a small Greek island and municipality located in the Aegean Sea. It is part of the Dodecanese group of islands, and lies midway between Kos and Rhodes. It has a population of 780 inhabitants (2011 census). Along with the uninhabited offshore islets of Antitilos and Gaidaros, it forms the Municipality of Tilos, which has a total land area of 64.525 square kilometres (24.913 sq mi). Tilos is part of the Rhodes regional unit.