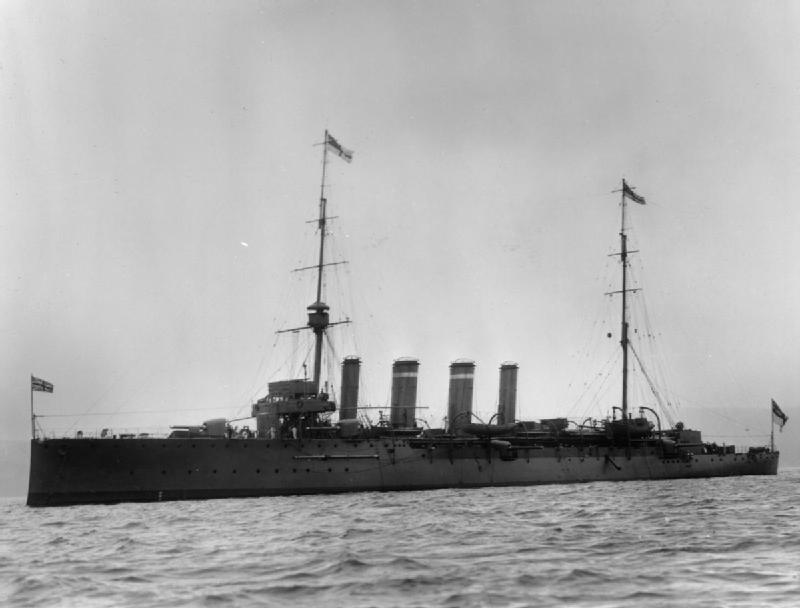 HMS Falmouth was a Town-class light cruiser built for the Royal Navy during the 1910s. She was one of four ships of the Weymouth sub-class. The ship was initially assigned to the Atlantic Fleet upon completion in 1911, but was reduced to reserve in mid-1913. When the First World War began in 1914, Falmouth was transferred to the 1st Light Cruiser Squadron (LCS) of the Grand Fleet and then the 3rd Light Cruiser Squadron at the end of the year. The ship participated in most of the early fleet actions, including the Battles of Heligoland Bight, Dogger Bank, and Jutland, but was only seriously engaged in the latter. She was torpedoed and sunk off Flamborough Head, Yorkshire by German submarines during the action of 19 August 1916.