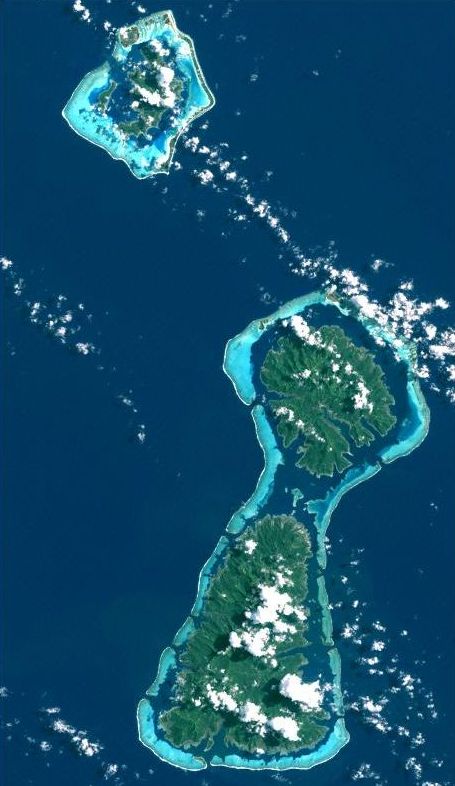 Taha’a (sometimes spelled as "Tahaa") is an island located among the western group, the Leeward Islands, of the Society Islands in French Polynesia, an overseas territory of France in the Pacific Ocean. The islands of Taha’a and neighboring Raiatea to the immediate south are enclosed by the same coral reef, and they may once have been a single island. At the 2017 census it had a population of 5,234. The island has an area of 90 square kilometres (35 square miles). Mount Ohiri is the highest mountain on the island standing at 590 metres (1,940 ft) above sea level. It is also known as the "Vanilla Island" and produces pearls of exceptional quality.