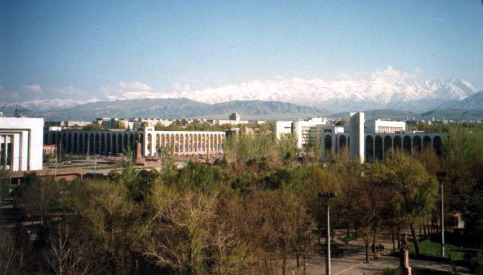 Bishkek (In Kyrgyz and Russian: Бишкек), IPA: [biʃˈkek]), formerly Pishpek and Frunze, is the capital and largest city of Kyrgyzstan. Bishkek is also the administrative centre of the Chüy Region. The region surrounds the city, although the city itself is not part of the region but rather a region-level unit of Kyrgyzstan. It is also near the Kazakhstan–Kyrgyzstan border. Its population was 1,074,075 in 2021.