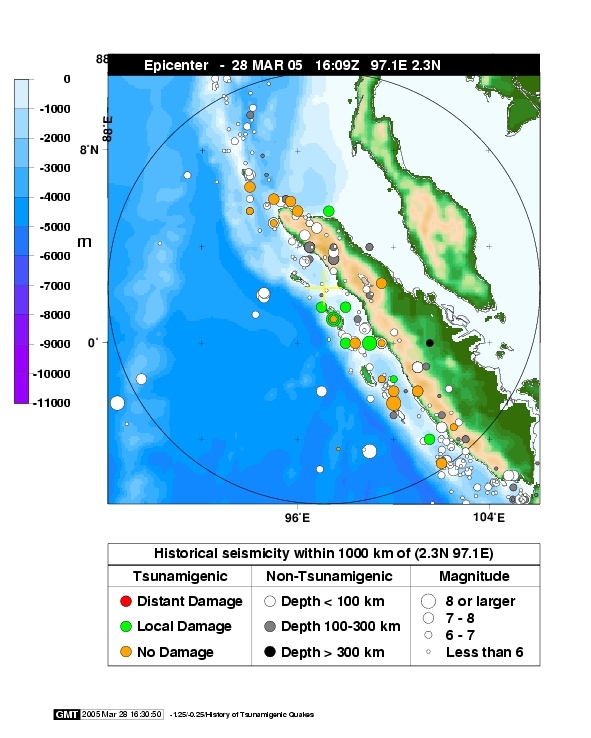 The 2005 Nias–Simeulue earthquake occurred on 28 March off the west coast of northern Sumatra, Indonesia. At least 915 people were killed, mostly on the island of Nias. The event caused panic in the region, which had already been devastated by the massive tsunami triggered by the 2004 Indian Ocean earthquake, but this earthquake generated a relatively small tsunami that caused limited damage. It was the third most powerful earthquake since 1965 in Indonesia.