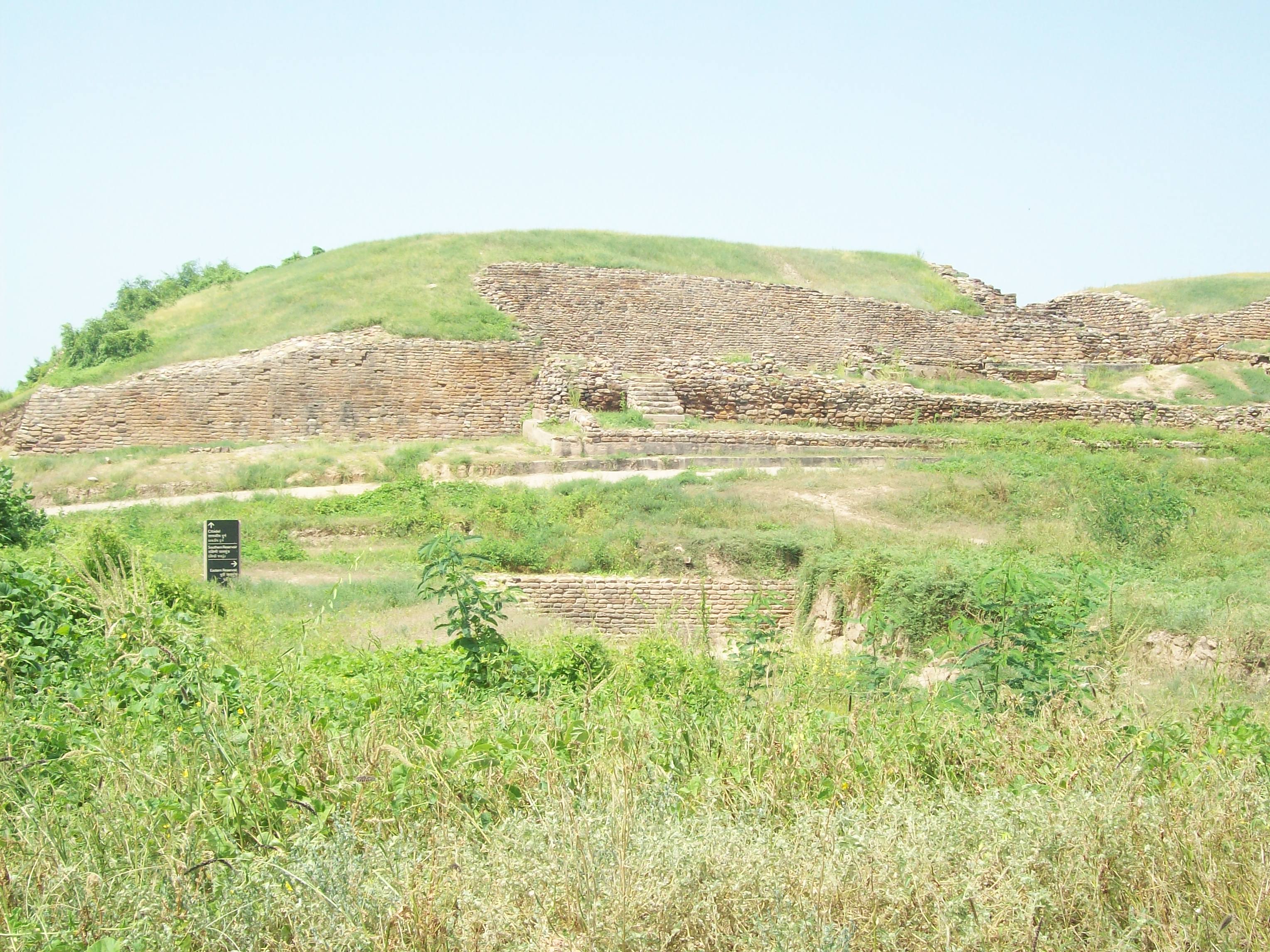 Dholavira (Gujarati: ધોળાવીરા) is an archaeological site at Khadirbet in Bhachau Taluka of Kutch District, in the state of Gujarat in western India, which has taken its name from a modern-day village 1 kilometre (0.62 mi) south of it. This village is 165 km (103 mi) from Radhanpur. Also known locally as Kotada timba, the site contains ruins of an ancient Indus Valley Civilization/Harappan city. Dholavira’s location is on the Tropic of Cancer. It is one of the five largest Harappan sites and most prominent archaeological sites in India belonging to the Indus Valley Civilization. It is also considered as having been the grandest of cities of its time. It is located on Khadir bet island in the Kutch Desert Wildlife Sanctuary in the Great Rann of Kutch. The 47 ha (120 acres) quadrangular city lay between two seasonal streams, the Mansar in the north and Manhar in the south. The site was thought to be occupied from c.2650 BCE, declining slowly after about 2100 BCE, and that it was briefly abandoned then reoccupied until c.1450 BCE, however recent research suggests the beginning of occupation around 3500 BCE (pre-Harappan) and continuity until around 1800 BCE (early part of Late Harappan period).