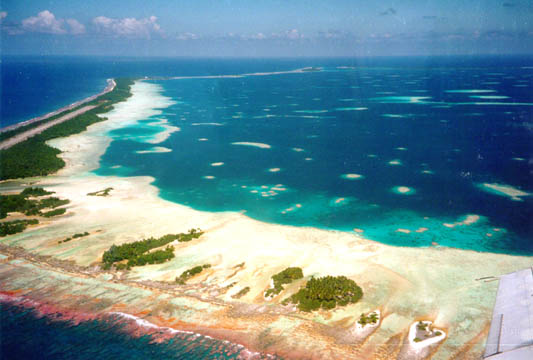 Penrhyn (also called Tongareva, Māngarongaro, Hararanga, and Te Pitaka) is an atoll in the northern group of the Cook Islands in the south Pacific Ocean. The northernmost island in the group, it is located at 1,365 km (848 mi) north-north-east of the capital island of Rarotonga, 9 degrees south of the equator. Its nearest neighbours are Rakahanga and Manihiki, approximately 350 kilometres (220 mi) to the southwest. Once one of the most heavily populated atolls, it was almost completely depopulated by Peruvian slavers in 1864.