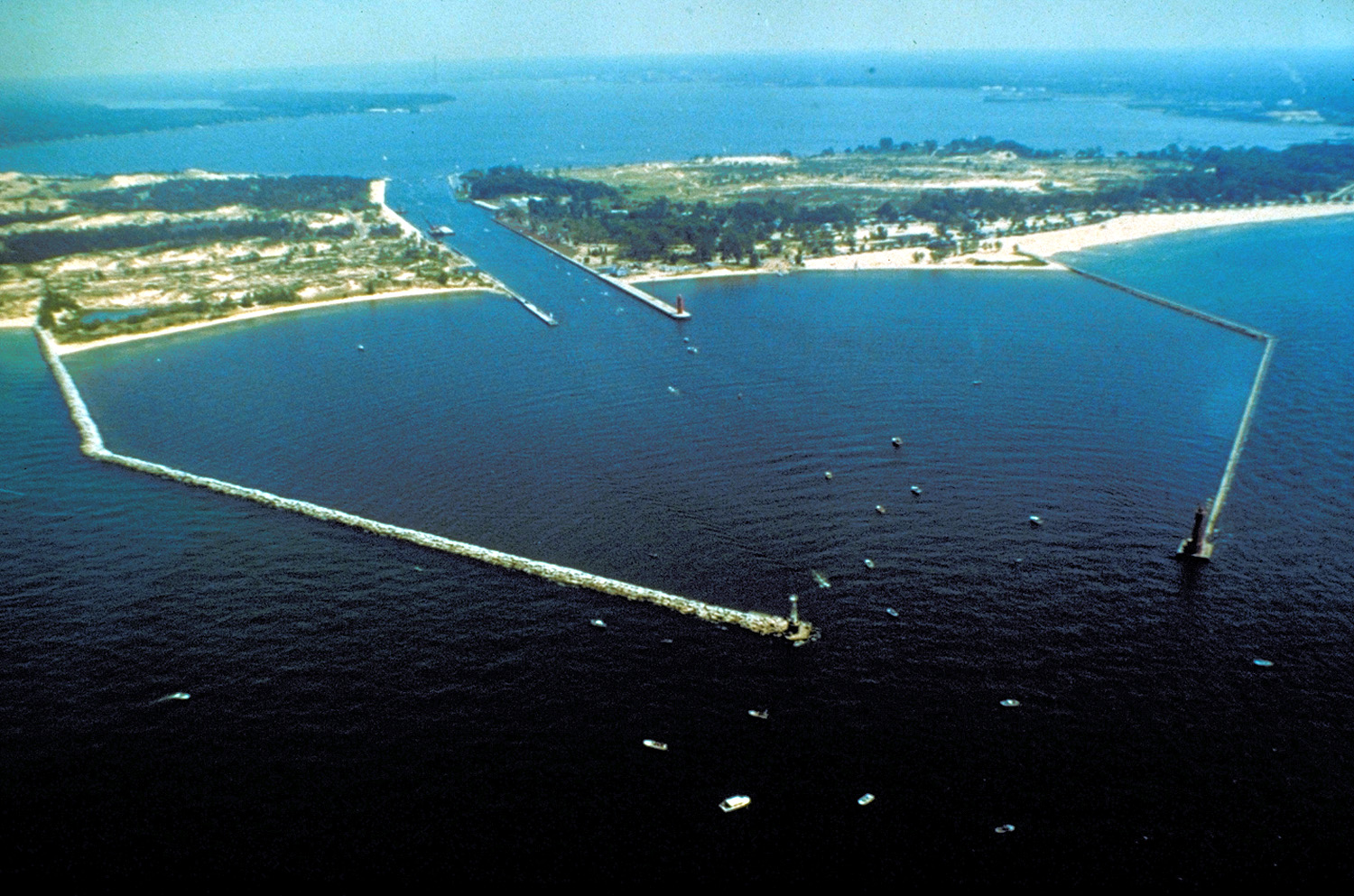 Muskegon (/mʌˈskiːɡən/) is a city in the U. S. state of Michigan. It is called the "port city" because it is known for fishing, sailing regattas, pleasure boating and as a commercial and cruise ship port. It is a popular vacation destination because of the expansive freshwater beaches, historic architecture and public art collection. It is the most populous city along the western shore of Michigan. At the 2010 census the city population was 38,401. The city is the county seat of Muskegon County. It is at the southwest corner of Muskegon Township, but is administratively autonomous.