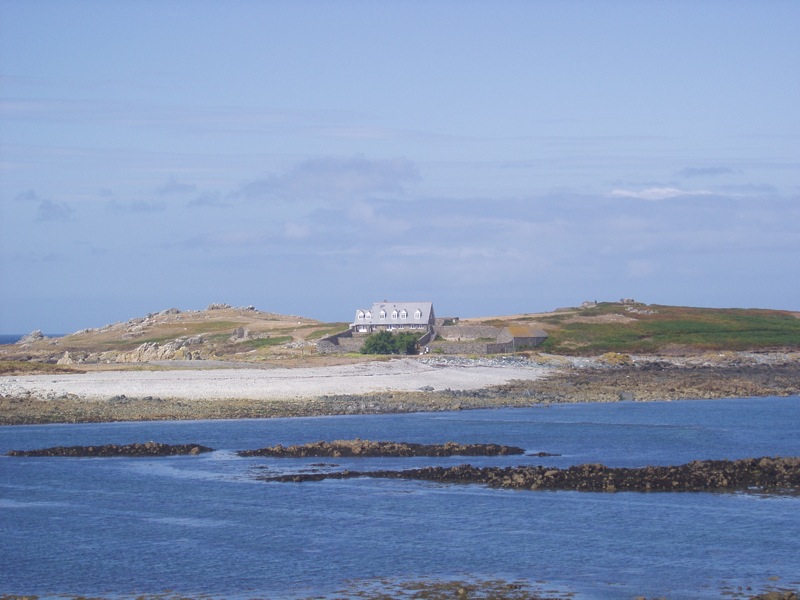 Lihou (/ˈliːuː/) is a small tidal island located just off the west coast of the island of Guernsey, in the English Channel, between Great Britain and France. Administratively, Lihou forms part of the Parish of St. Peter's in the Bailiwick of Guernsey, and is now owned by the parliament of Guernsey (the States of Guernsey), although there have been a number of owners in the past. Since 2006, the island has been jointly managed by the Guernsey Environment Department and the Lihou Charitable Trust. In the past the island was used by locals for the collection of seaweed for use as a fertiliser, but today Lihou is mainly used for tourism, including school trips. Lihou is also an important centre for conservation, forming part of a Ramsar wetland site for the preservation of rare birds and plants as well as historic ruins of a priory and a farmhouse.