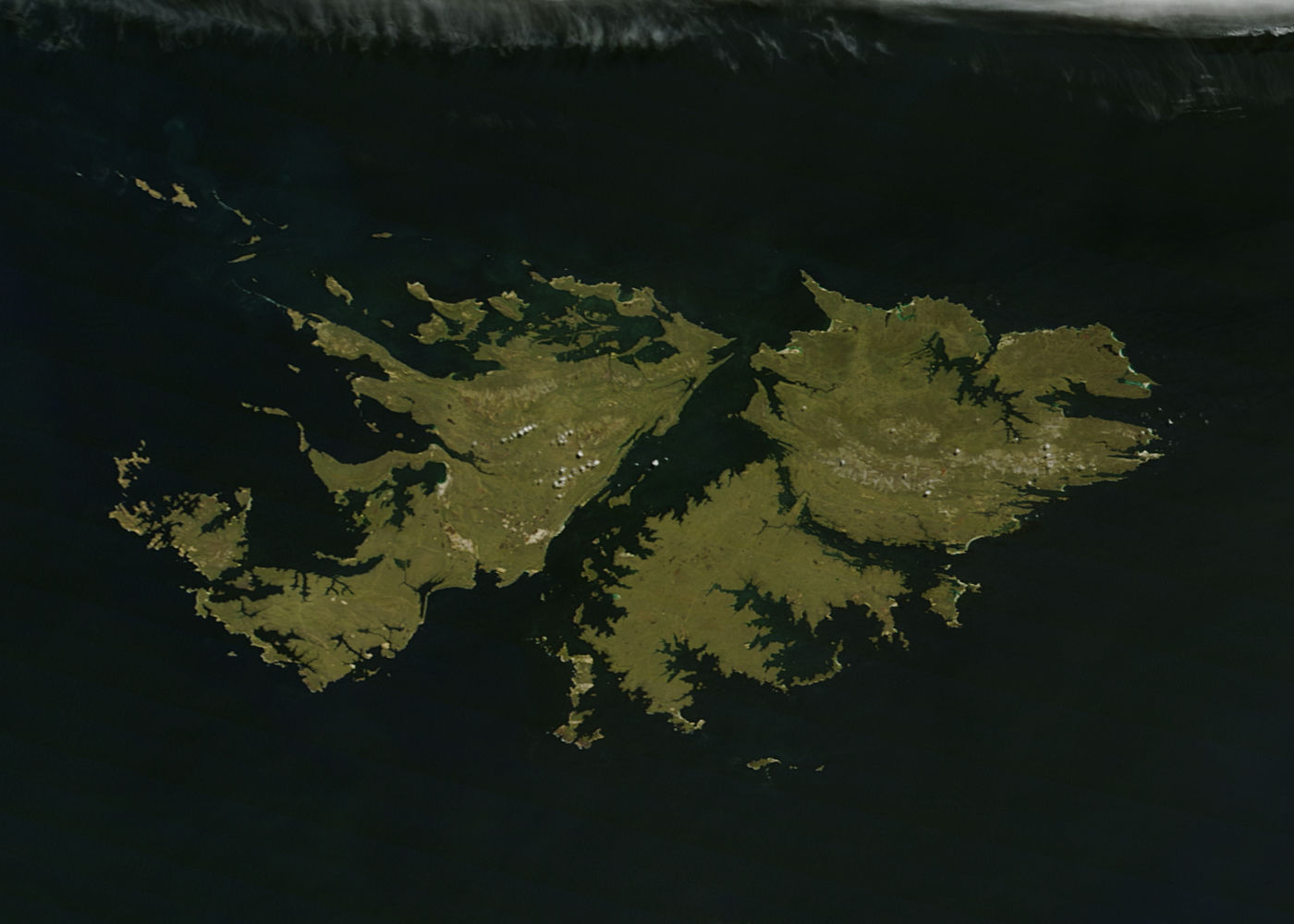 The Falkland Islands (/ˈfɔːklənd, ˈfɔːl-, ˈfɒl-/; Spanish: Islas Malvinas[A]) are an archipelago in the South Atlantic Ocean on the Patagonian Shelf. The principal islands are about 300 mi (480 km) east of South America's southern Patagonian coast and about 752 mi (1,210 km) from the northern tip of the Antarctic Peninsula, at a latitude of about 52°S. The archipelago, with an area of 4,700 sq mi (12,000 kmÂ²), comprises East Falkland, West Falkland, and 776 smaller islands. As a British overseas territory, the Falklands have internal self-governance, and the United Kingdom takes responsibility for their defence and foreign affairs. The capital and largest settlement is Stanley on East Falkland.