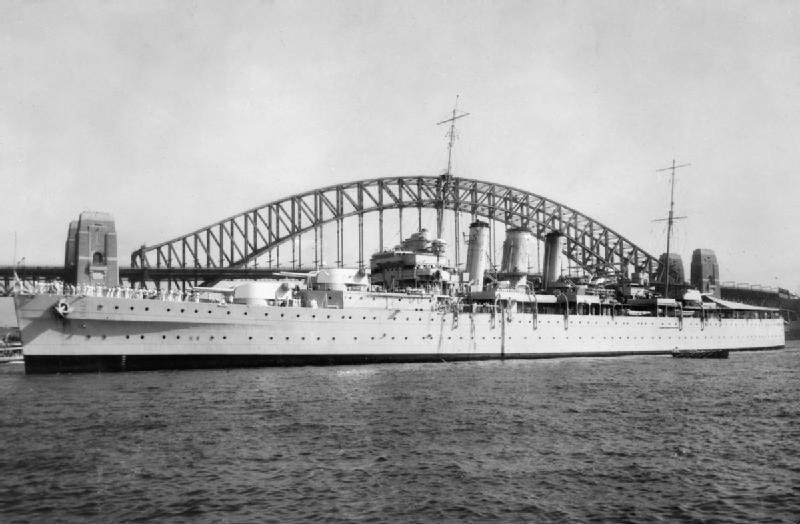 HMS Dorsetshire (pennant number 40) was a County-class heavy cruiser of the British Royal Navy, named after the English county, now usually known as Dorset. The ship was a member of the Norfolk sub-class, of which Norfolk was the only other unit; the County class comprised a further eleven ships in two other sub-classes. Dorsetshire was built at the Portsmouth Dockyard; her keel was laid in September 1927, she was launched in January 1929, and was completed in September 1930. Dorsetshire was armed with a main battery of eight 8 in (200 mm) guns, and had a top speed of 31.5 knots (58.3 km/h; 36.2 mph).