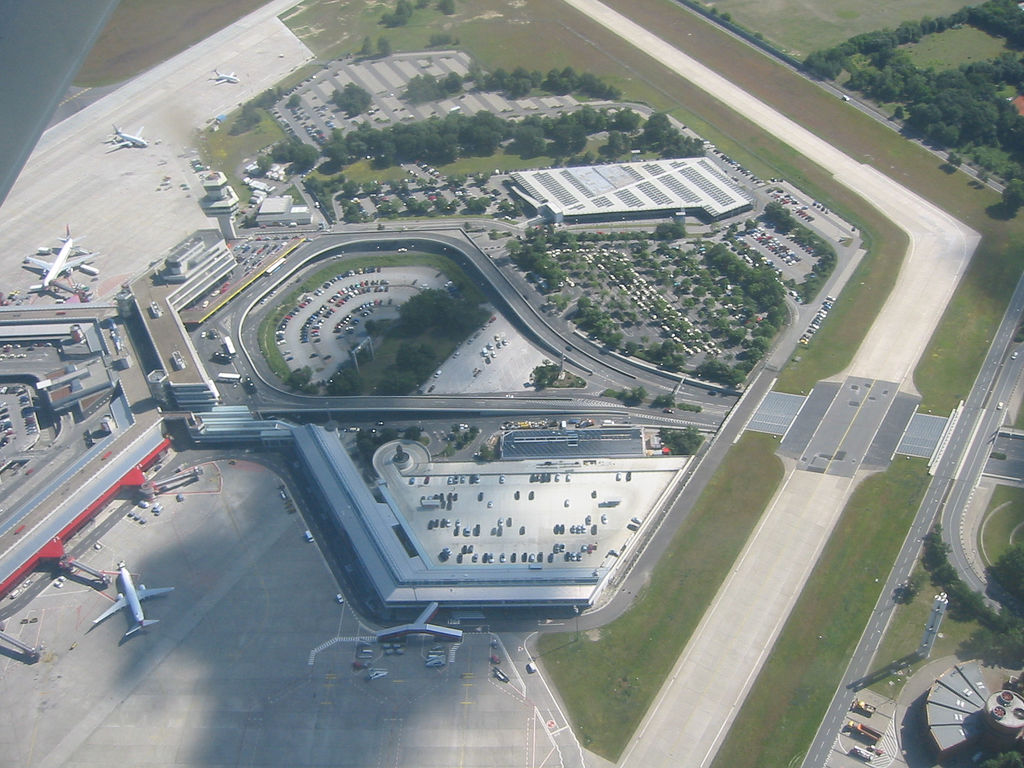 Berlin Tegel "Otto Lilienthal" Airport (German: Flughafen Berlin-Tegel „Otto Lilienthal“) (IATA: TXL, ICAO: EDDT) was the primary international airport of Berlin, the federal capital of Germany. The airport was named after Otto Lilienthal and was the fourth busiest airport in Germany, with over 24 million passengers in 2019. In 2016, Tegel handled over 60% of all airline passenger traffic in Berlin. The airport served as a base for Eurowings, Ryanair as well as easyJet. It featured flights to several European metropolitan and leisure destinations as well as some intercontinental routes. It was situated in Tegel, a section of the northern borough of Reinickendorf, eight kilometres (five miles) northwest of the city centre of Berlin. Tegel Airport was notable for its hexagonal main terminal building around an open square, which made walking distances as short as 30 m (100 ft) from the aircraft to the terminal exit.