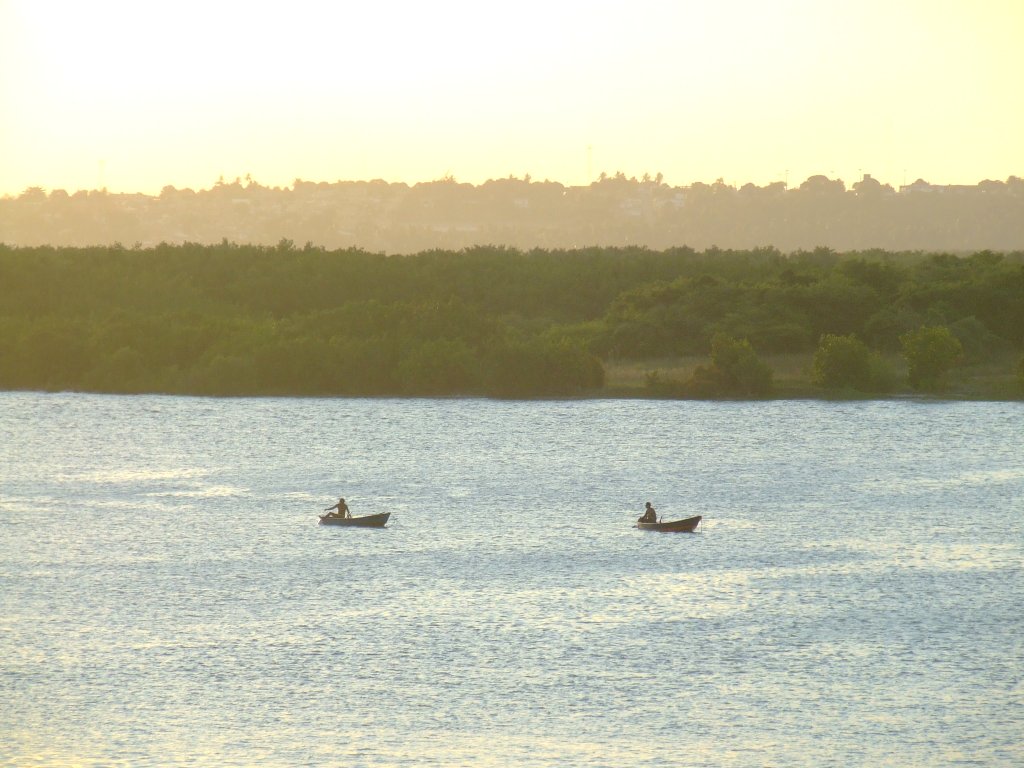 The Potenji River (Portuguese: Rio Potenji), meaning "river of the shrimps" in Tupi, is the principal river in the state of Rio Grande do Norte (Brazil). Its delta, that discharges in the coastline of Natal, was soon discovered by the first colonists that used to penetrate into the territory with their vessels. They named the river Rio Grande (which means "Big River" in English) because of its large channel and extension, being the origin of the name of the "capitania hereditária" (administrative division of Brazil during the colonial period whose possession was inherited by the descendants) of Rio Grande do Norte of that time.