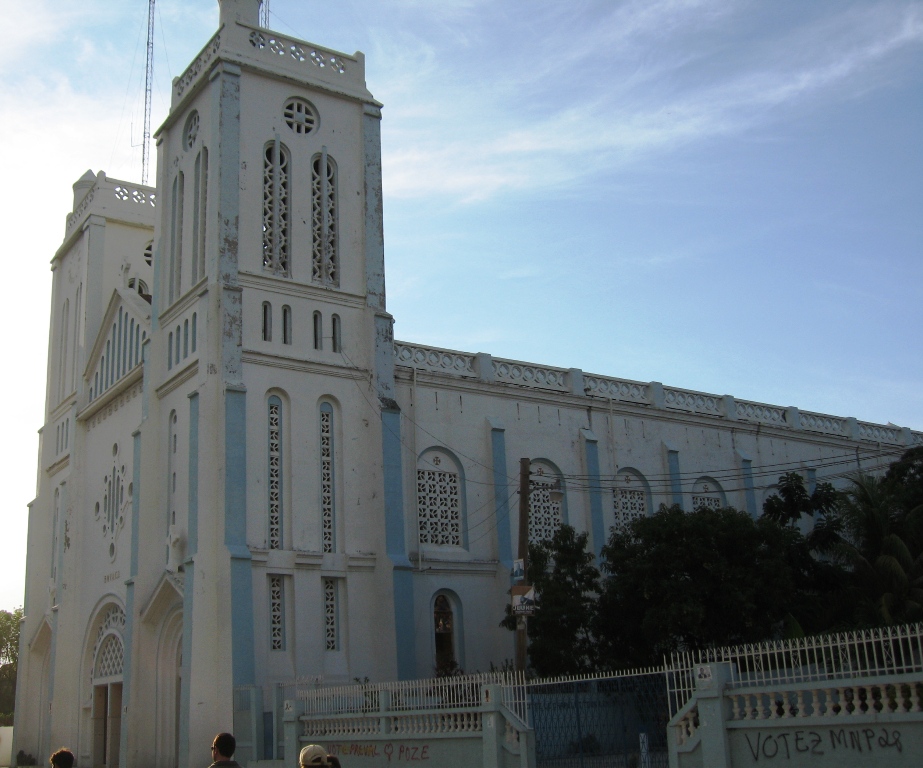 Les Cayes (/leɪ ˈkeɪ, - ˈkaɪ/ lay KAY, KY, French: [le kaj]), often referred to as Aux Cayes (French: [o kaj]; Haitian Creole: Okay), is a commune and seaport in the Les Cayes Arrondissement, in the Sud department of Haiti, with a population of 71,236. Due to its isolation from the political turmoil of the capital, Port-au-Prince, it is one of Haiti's major ports, with export trade concentrating on mostly coffee and sugarcane. As the world's largest supplier of vetiver, it exports 250 tons annually of this ingredient of perfume and fragrance manufacturing. Minor exports include bananas and timber.