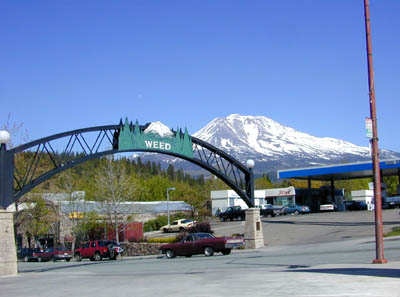 Weed is a city in Siskiyou County, California, United States. As of the 2020 Census, the city had a total population of 2,862, down from 2,967 in 2010. There are several unincorporated communities adjacent to, or just outside, Weed proper, including Edgewood, Carrick, and Lake Shastina. These communities generally have mailing addresses that use Weed or its ZIP code. Weed is about 10 miles (16 km) west-northwest of Mount Shasta, a prominent northern California landmark, and the second-tallest volcano in the Cascade Range.