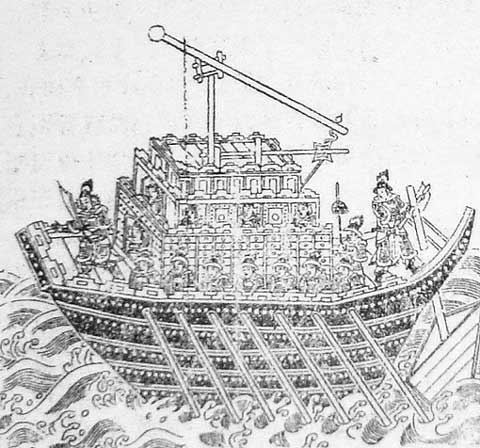 The Battle of Tangdao (唐岛之战) was a naval engagement that took place in 1161 between the Jurchen Jin and the Southern Song Dynasty of China on the East China Sea. The conflict was part of the Jin-Song wars, and was fought near Tangdao Island. It was an attempt by the Jin to invade and conquer the Southern Song Dynasty, yet resulted in failure and defeat for the Jurchens. The Jin Dynasty navy was set on fire by firearms and Fire Arrows, suffering heavy losses. For this battle, the commander of the Song Dynasty squadron, Li Bao, faced the opposing commander Zheng Jia, the admiral of the Jin Dynasty. On the fate of Zheng Jia, the historical text of the Jin Shi states: