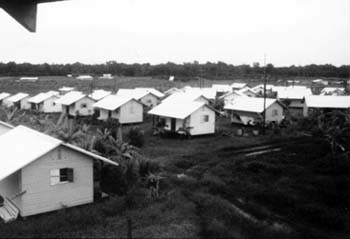 The Peoples Temple Agricultural Project, better known by its informal name "Jonestown", was a remote settlement in Guyana established by the Peoples Temple, a U.S.-based cult under the leadership of Jim Jones. Jonestown became internationally infamous when, on November 18, 1978, a total of 909 people died at the settlement, at the nearby airstrip in Port Kaituma, and at a Temple-run building in Georgetown, Guyana's capital city. The name of the settlement became synonymous with the incidents at those locations.