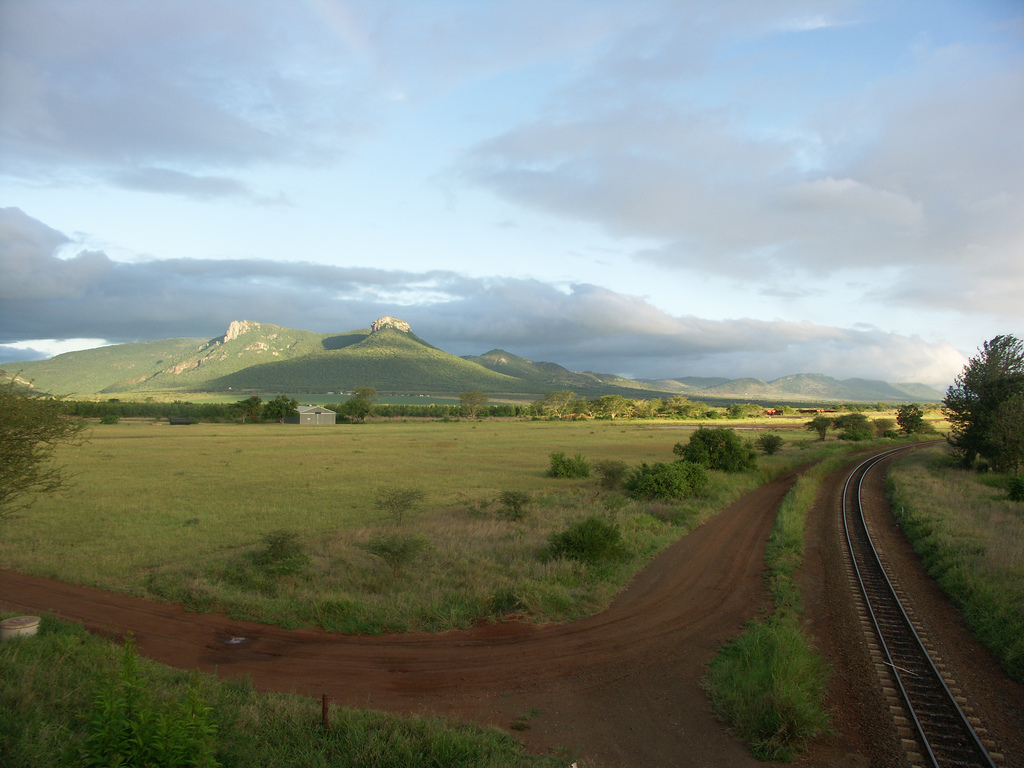 Mkuze, also named Mkhuze or uMkhuze is a small town in Northern KwaZulu-Natal, South Africa. It is located approximately 350 km from the city of Durban. It is along the N2 road en route to Johannesburg, Eswatini and Mozambique; between the Mkuze River and Intaba Yemikhovu (Ghost Mountain). Mkuze is some distance from other small towns such as Hluhluwe (50 km), Nongoma (76 km), Pongola (65 km), and Jozini (25 km). Mkuze is the seat of Umkhanyakude District Municipality.