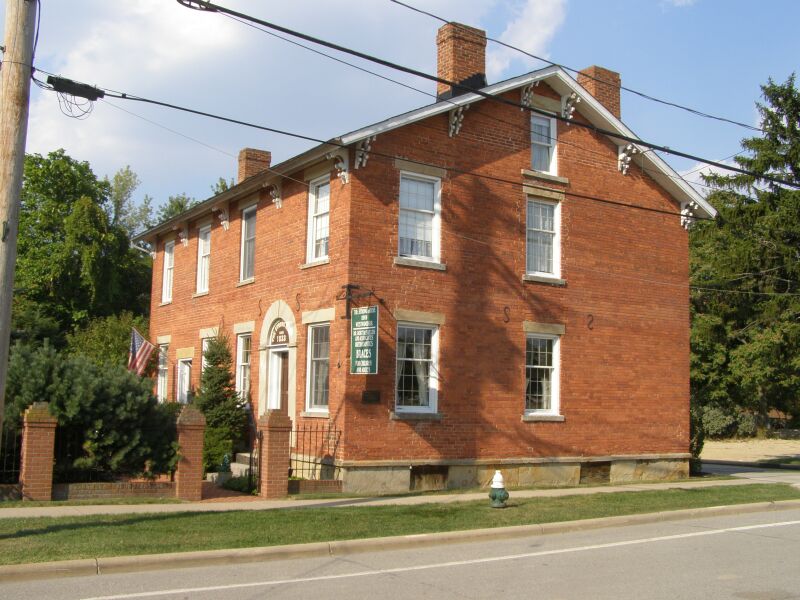 Strongsville is a city in Cuyahoga County, Ohio, United States, and a suburb of Cleveland. As of the 2010 census, the city population was 44,750. The city's nickname 'Crossroads of the Nation,' originated from the Baltimore and Ohio Railroad (B&O) intersecting with the Southwestern Electric Line that connected Cleveland and Wooster, Ohio. As the railroad line ceased operation in 1931, the motto and city seal have been adapted to reflect the modern day intersection of Interstate 71 and the Ohio Turnpike.