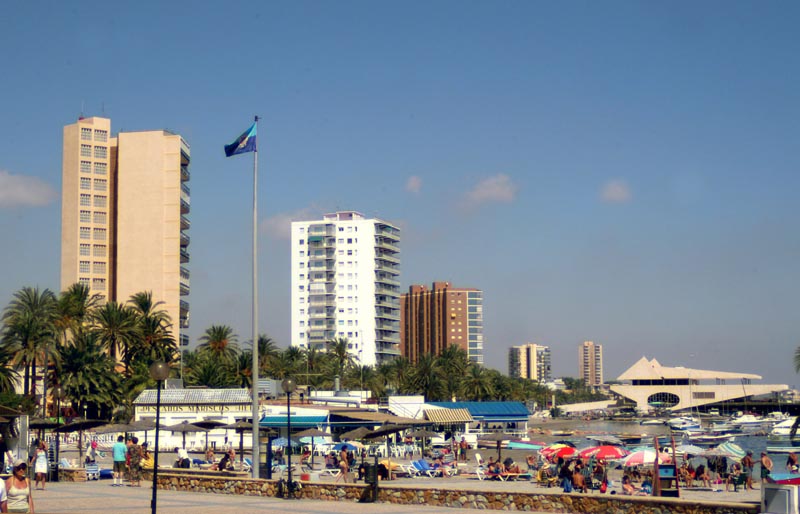 San Javier (Spanish pronunciation: [saŋ xaˈβjeɾ]) is a small town and municipality in the autonomous community and province of Murcia in southeastern Spain. The municipality is situated at the northern end of Murcia's Mediterranean coastline, the Costa Cálida. It is best known for its international airport, Murcia-San Javier Airport (MJV), which is the largest in the Region of Murcia.