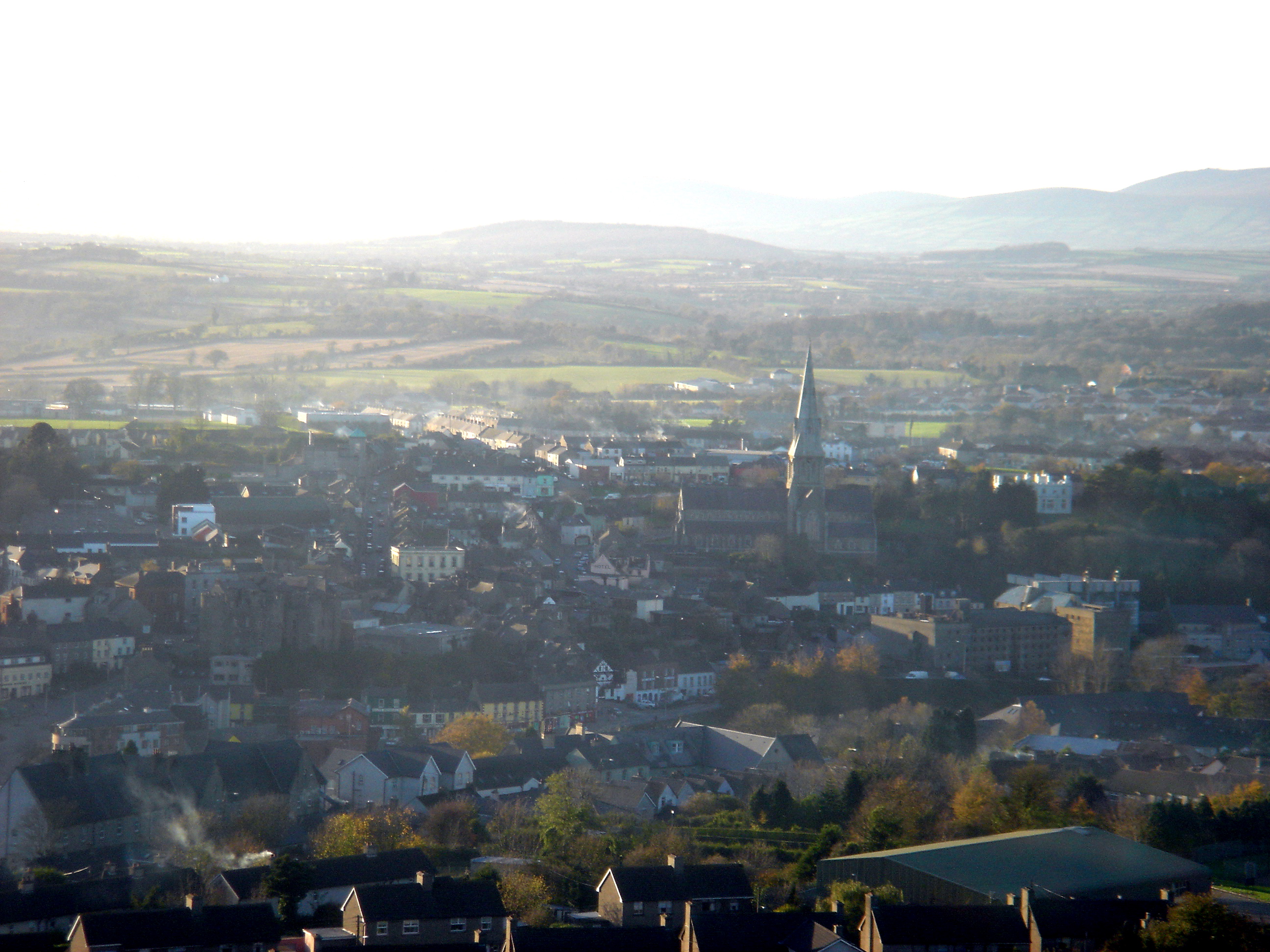 Enniscorthy (Irish: Inis Córthaidh) is the second-largest town in County Wexford, Ireland. At the 2016 census, the population of the town and environs was 11,381. The town is located on the picturesque River Slaney and in close proximity to the Blackstairs Mountains and Ireland's longest beach, Curracloe. The town is twinned with Gimont, France. The Placenames Database of Ireland sheds no light on the origins of the town's name. It may refer either to the "Island of Corthaidh" or the "Island of Rocks". The cathedral of the Roman Catholic Diocese of Ferns is located in the town as well as an array of other historical sites such as Enniscorthy Castle and the key battle site of the 1798 Rebellion.