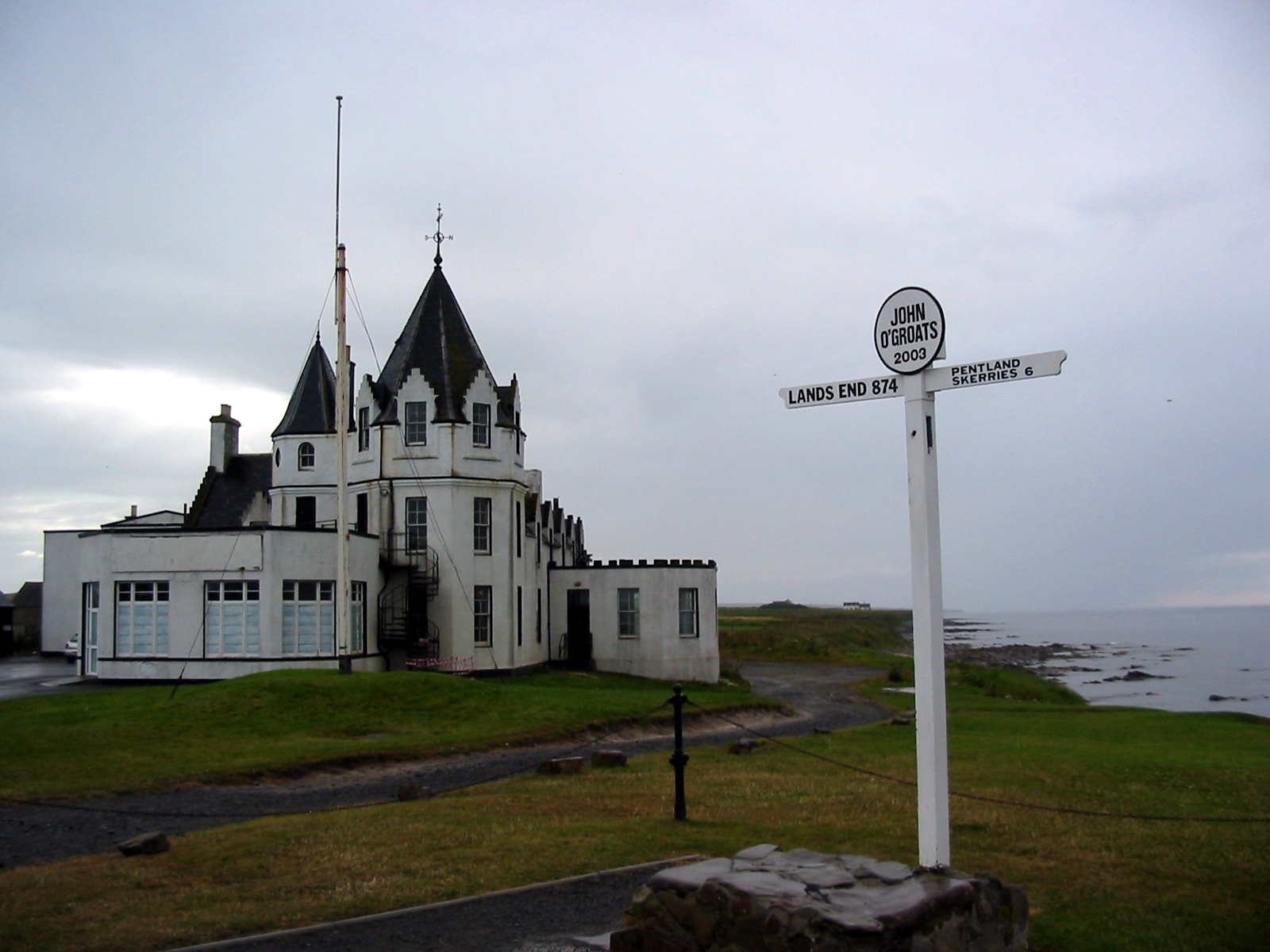 John o' Groats (Scottish Gaelic: Taigh Iain Ghròt) is a village 2.5 mi (4 km) northeast of Canisbay, Caithness, in the far north of Scotland. John o' Groats lies on Great Britain's northeastern tip, and is popular with tourists as one end of the longest distance between two inhabited points on the British mainland, with Land's End in Cornwall lying 876 mi (1,410 km) southwest, but it is not the northernmost point of mainland Great Britain, which is the nearby Dunnet Head.