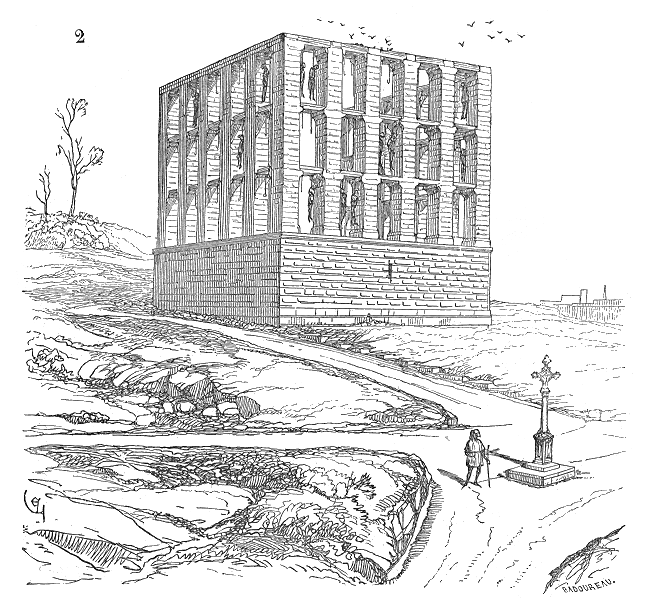 The Gibbet of Montfaucon (French: Gibet de Montfaucon) was the main gallows and gibbet of the Kings of France until the time of Louis XIII of France. It was used to execute criminals, often traitors, by hanging and to display their dead bodies as a warning to the population. It was a large structure located at the top of a small hill near the modern Place du Colonel Fabien in Paris, though during the Middle Ages it was outside the city walls and the surrounding area was mostly not built up, being occupied by institutions like the Hôpital Saint-Louis from 1607, and earlier the Convent of the Filles-Dieu ("Daughters of God"), a home for 200 reformed prostitutes, and the leper colony of St Lazare.