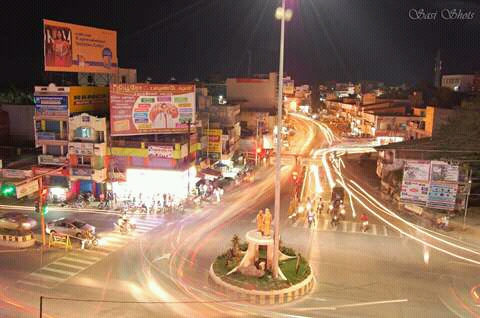 Dharmapuri is a city in the north western part of Tamil Nadu, India. It serves as the administrative headquarters of Dharmapuri district which is the first district created in Tamil Nadu after the independence of India by splitting it from then Salem district on 2 October 1965. The city is located at 50 km from Krishnagiri, 69 km from Salem, 90 km from Hosur, 117 km from Thiruvannamalai, 126 km from Bangalore and Erode, 181 km from Tiruppur, 200 km from Coimbatore and Tiruchirappalli, 300 km from Madurai and the state capital Chennai. It is located between latitudes N 11 47’ and 12 33’ and longitudes E 77 02’ and 78 40’. It is one of the leading major cultivator and producer of mango in the state along with Krishnagiri often referred as Mango Capital of India.