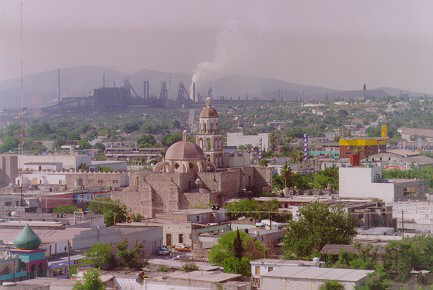 Monclova (Spanish pronunciation: [moŋˈkloβa]), is a city and the seat of the surrounding municipality of the same name in the northern Mexican state of Coahuila. According to the 2015 census, the city had 231,107 inhabitants. Its metropolitan area has 381,432 inhabitants and a population density of 29.88 inhabitants per square kilometer. Monclova is the third-largest city and metropolitan area in the state in terms of population, after Torreón and Saltillo.