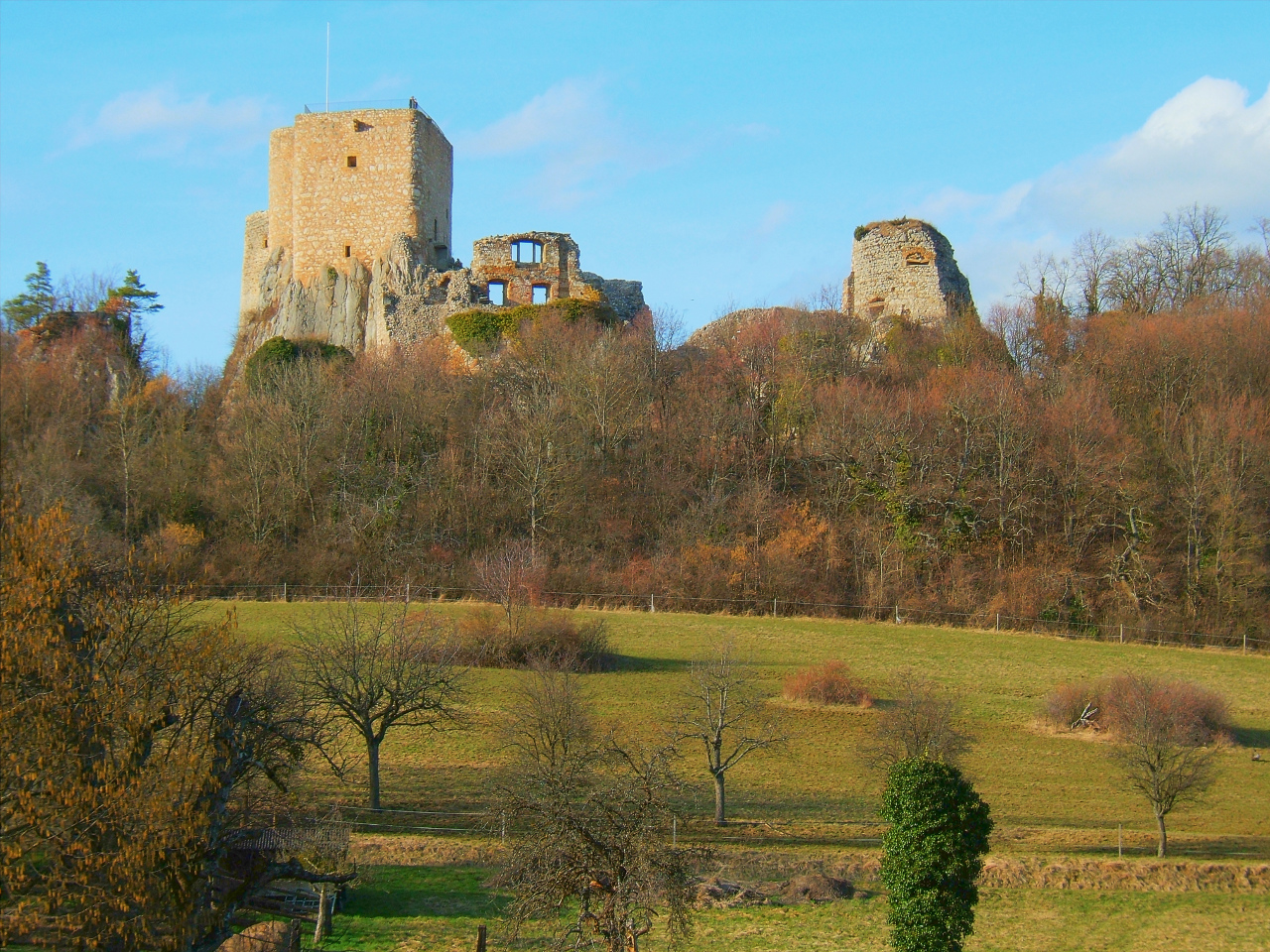 The Château de Landskron (or Landskron Castle) is situated in the southern part of Alsace, in the east of France, mere footsteps away from Switzerland, in the commune of Leymen. The village situated at the north of the ruin, Leymen, in the département of Haut-Rhin, lies in France while Flüh, at the south east foot of the ruin, is in Switzerland.