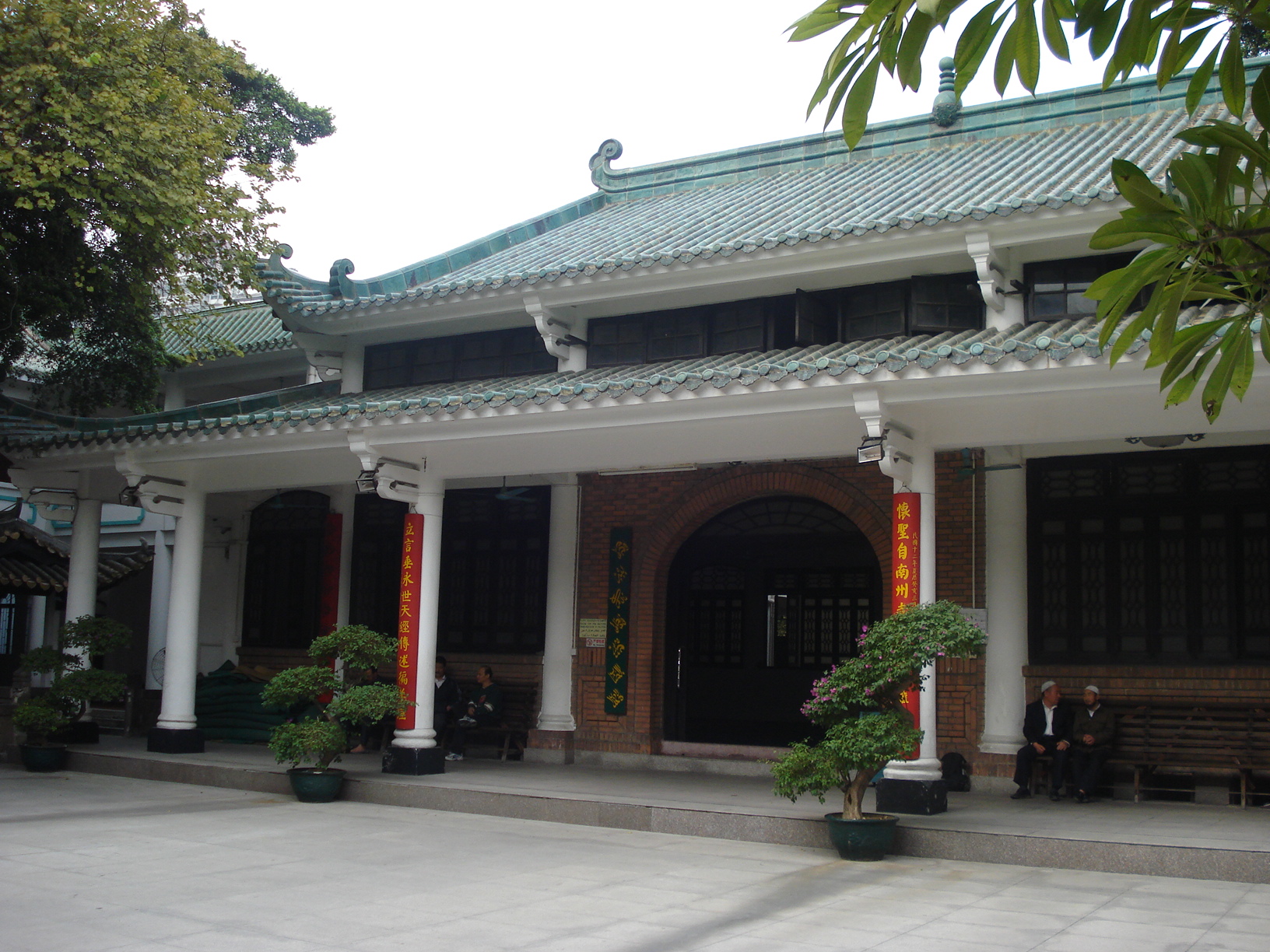 The Huaisheng Mosque Chinese: 广州怀圣寺 Guǎng Zhōu Huái Shèng Sì also known as the Lighthouse Mosque and the Great Mosque of Canton,[n 1] is the main mosque of Guangzhou. Rebuilt many times over its history, it is traditionally thought to have been originally built over 1,300 years ago, which would make it one of the oldest mosques in the world.