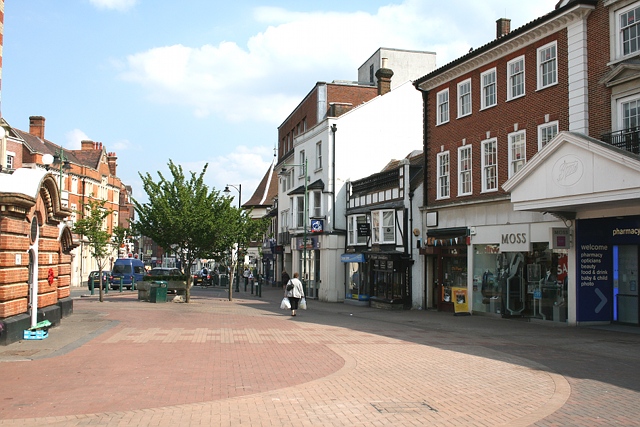 Epsom is the principal town of the Borough of Epsom and Ewell in Surrey, England, about 13.5 miles (22 kilometres) south of central London. The town is first recorded as Ebesham in the 10th century and its name probably derives from that of a Saxon landowner. The earliest evidence of human activity is from the mid-Bronze Age, but the modern settlement probably grew up in the area surrounding St Martin's Church in the 6th or 7th centuries and the street pattern is thought to have become established in the Middle Ages. Today the High Street is dominated by the clock tower, which was erected in 1847–8.