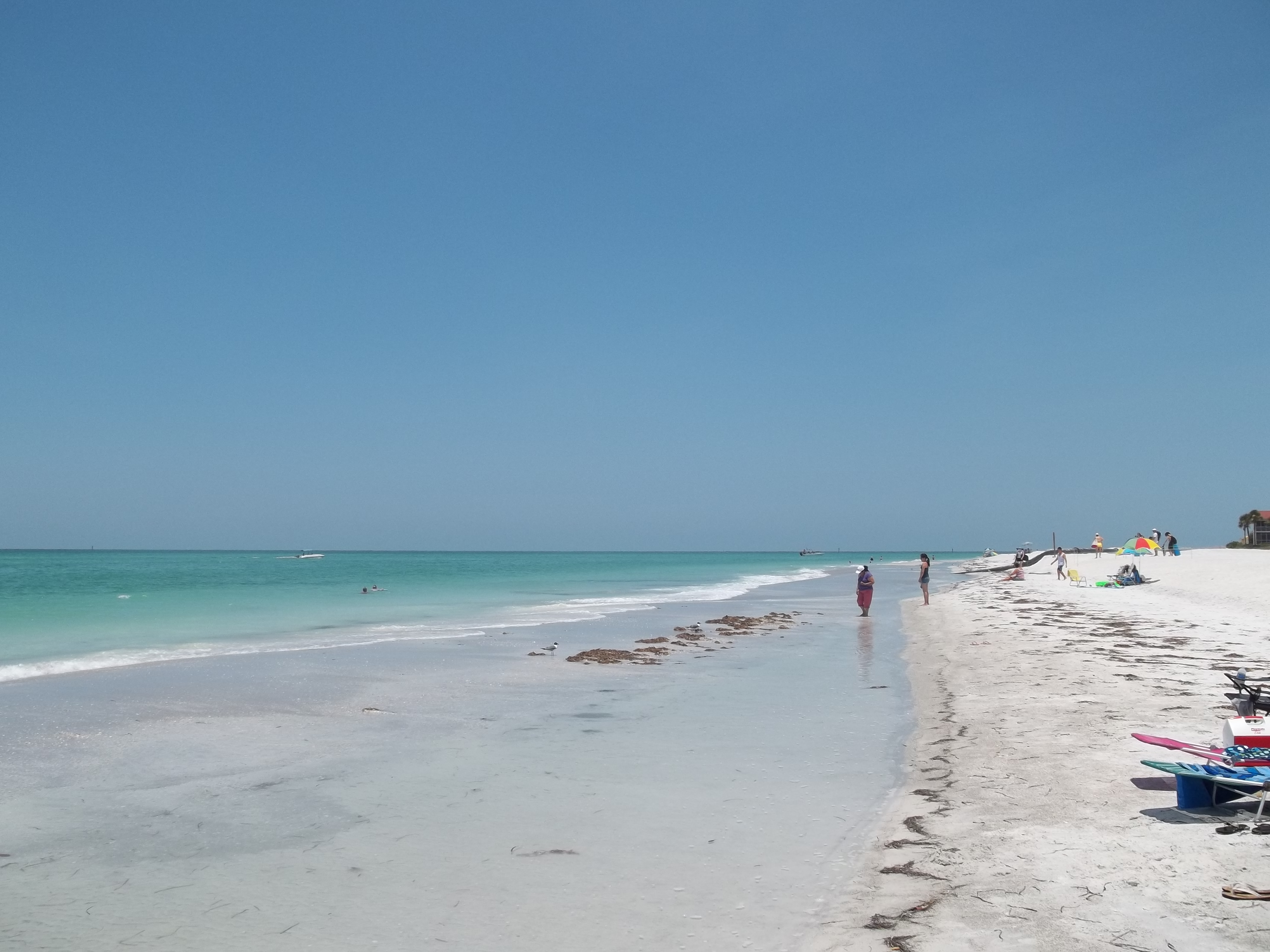 Longboat Key is a town in Manatee and Sarasota counties along the central west coast of the U.S. state of Florida, located on and coterminous with the barrier island of the same name. Longboat Key is south of Anna Maria Island, between Sarasota Bay and the Gulf of Mexico. It is almost equally divided between Manatee and Sarasota counties. The town of Longboat Key was incorporated in 1955 and is part of the Bradenton–Sarasota–Venice Metropolitan Statistical Area. The town's population was 6,888 at the 2010 census, down from 7,603 at the 2000 census. It was back up to 7505 in the 2020 census.