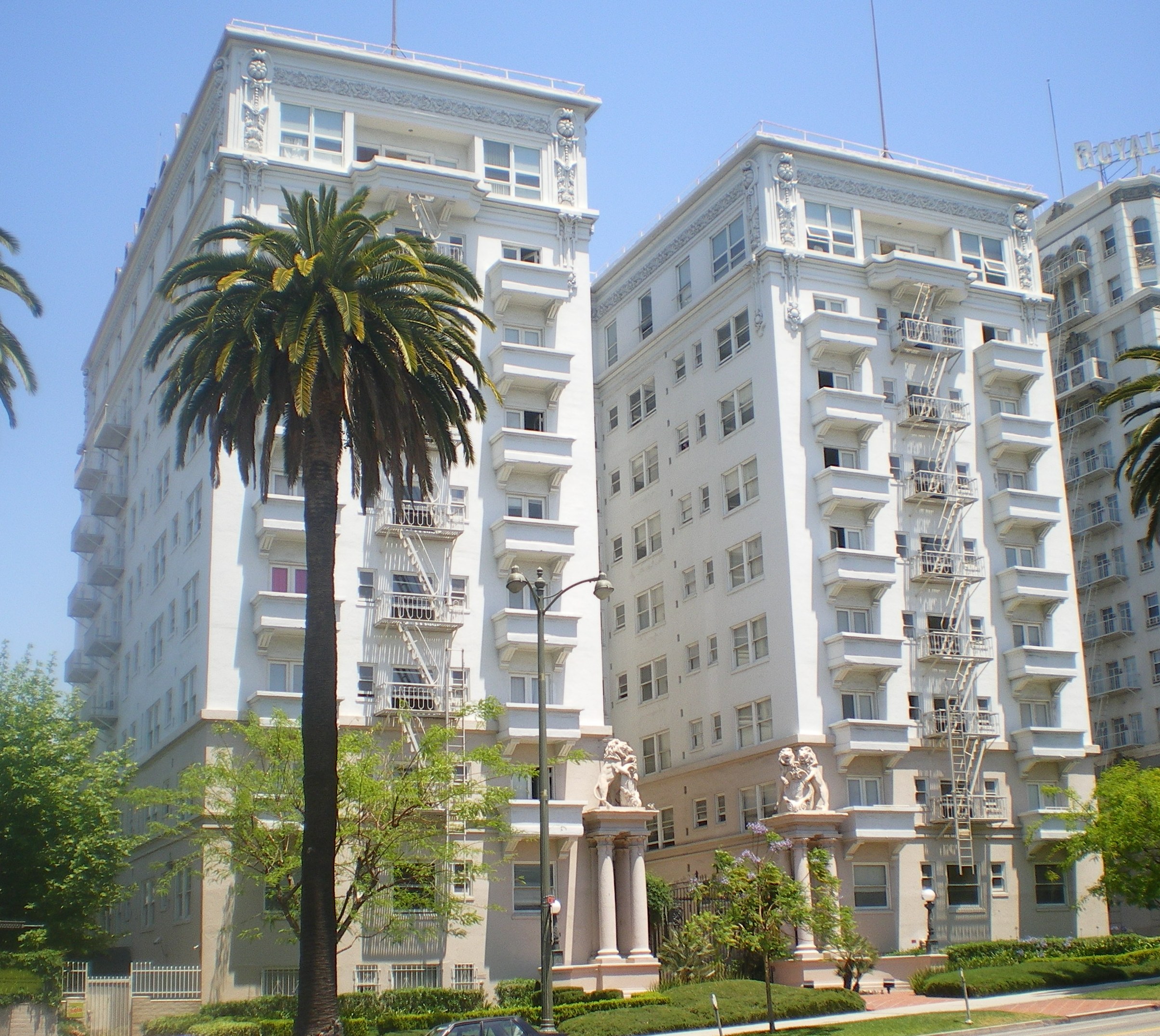 The Bryson Apartment Hotel is a historic 110,000-square-foot (10,000 mÂ²), ten-story apartment building on Wilshire Boulevard in the MacArthur Park section of Los Angeles, California. Built in 1913 in the Beaux Arts style, it was one of the most luxurious residential buildings in Los Angeles for many years. The building is also closely associated with the city's film noir history, having been featured in Raymond Chandler's works and the 1990 neo-noir The Grifters. The building's stone lions and large rooftop "Bryson" sign have become Los Angeles landmarks. It was added to the National Register of Historic Places in 1983 and designated a Historic Cultural Monument (#653) by the Los Angeles Cultural Heritage Commission in 1998.