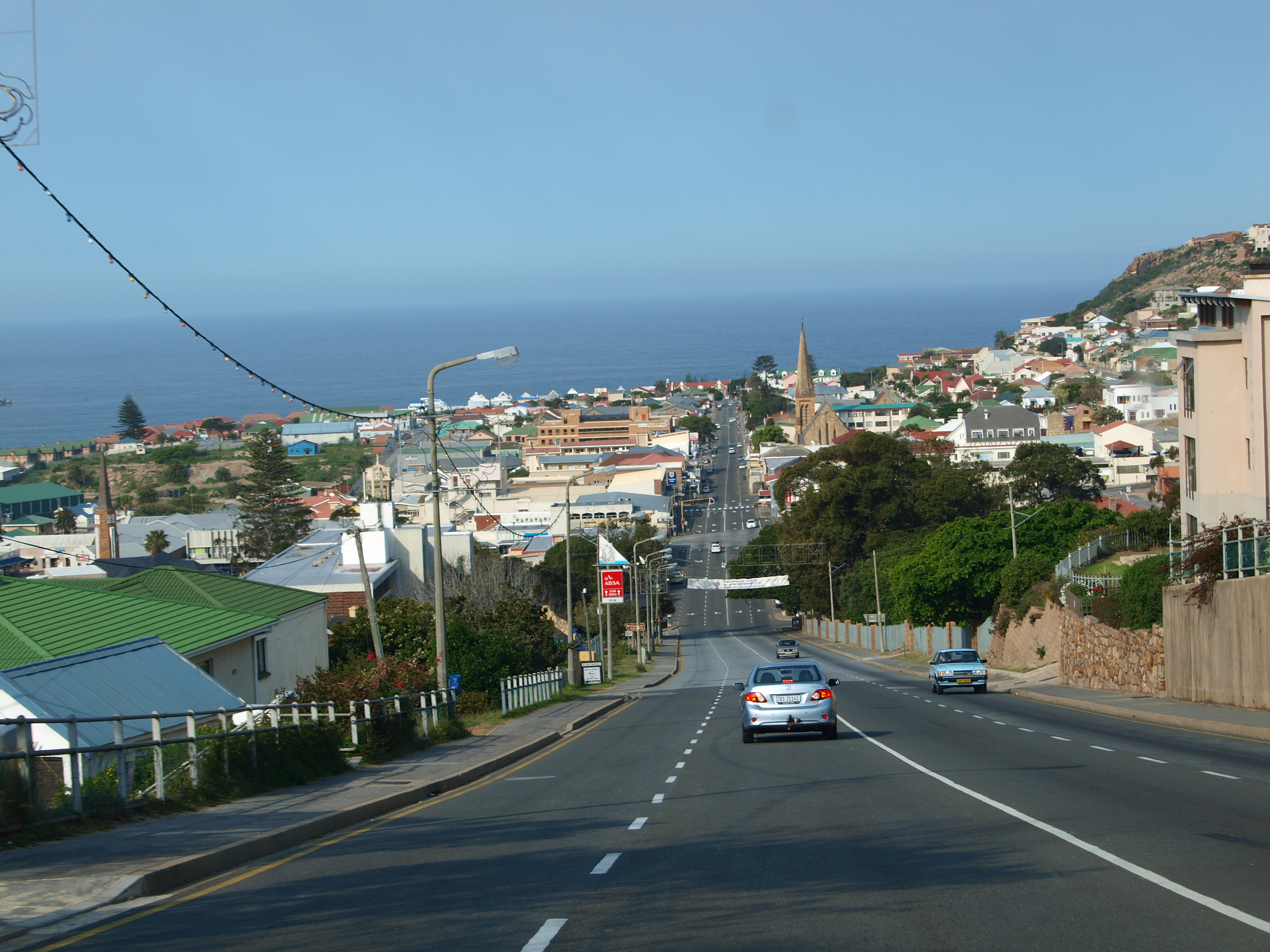 Mossel Bay (Afrikaans: Mosselbaai) is a harbour town of about 99,319 people on the Southern Cape (or Garden Route) of South Africa. It is an important tourism and farming region of the Western Cape Province. Mossel Bay lies 400 kilometres east of the country's seat of parliament, Cape Town (which is also the capital city of the Western Cape), and 400 km west of Port Elizabeth, the largest city in the Eastern Cape. The older parts of the town occupy the north-facing side of the Cape St Blaize Peninsula, whilst the newer suburbs straddle the Peninsula and have spread eastwards along the sandy shore of the Bay.