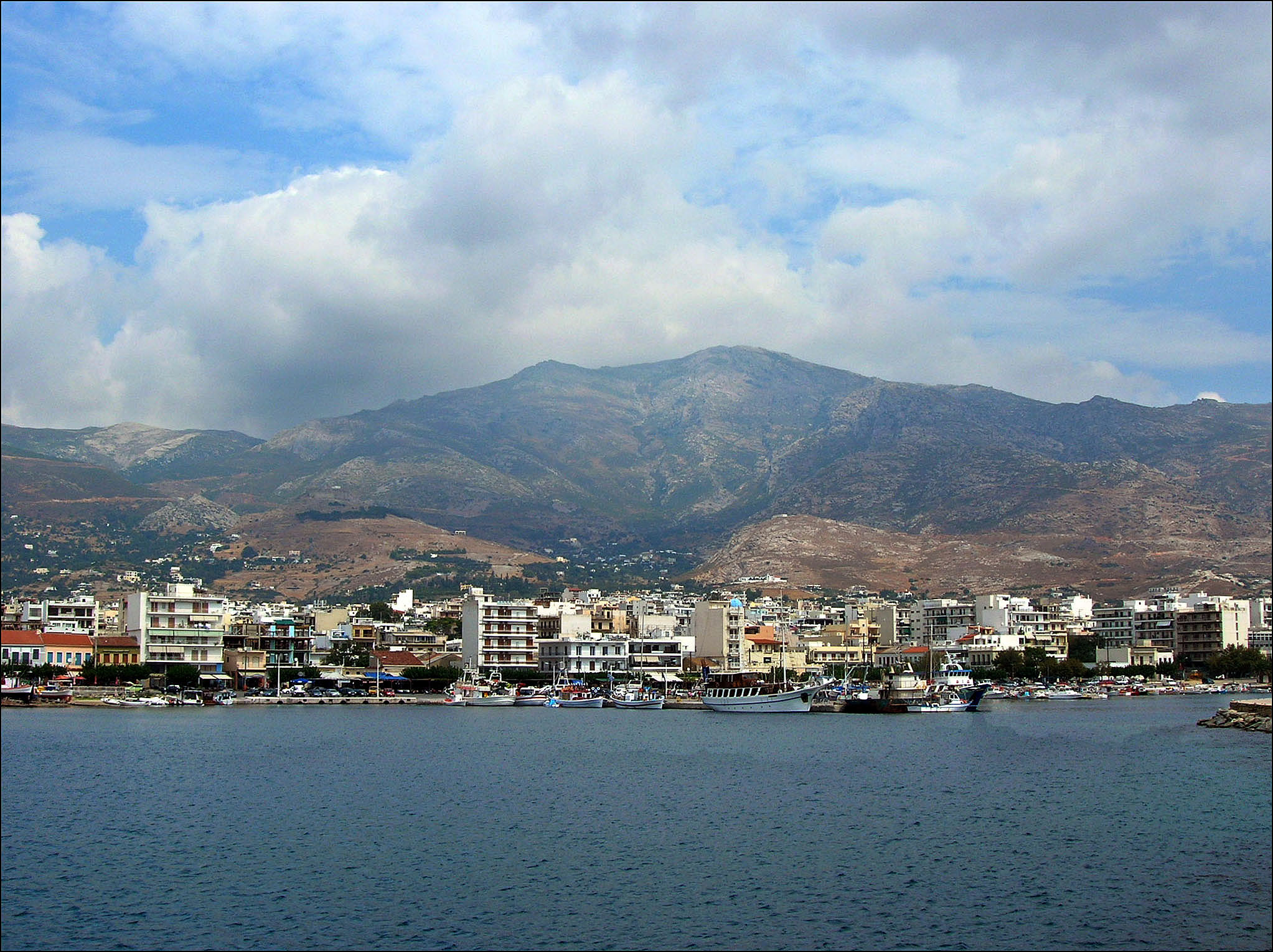 Karystos (Greek: Κάρυστος) or Carystus is a small coastal town on the Greek island of Euboea. It has about 5,000 inhabitants (12,000 in the municipality). It lies 129 km south of Chalkis. From Athens it is accessible by ferry via Marmari from the port of Rafina. After the Greek war of independence, its urban plan was laid out by the renowned Bavarian civil engineer Bierbach, in the middle of the 19th century.