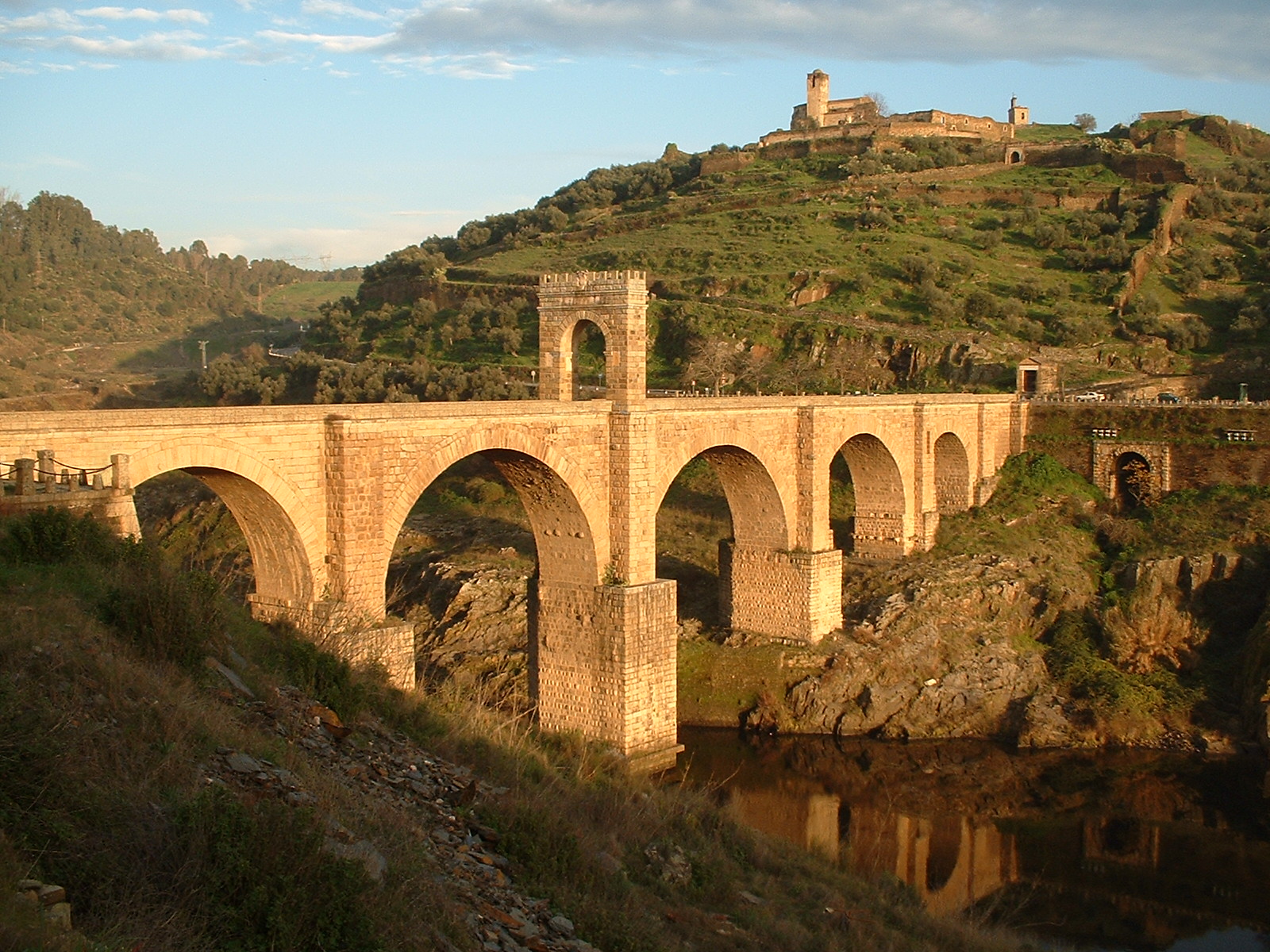 The Alcántara Bridge (also known as Trajan's Bridge at Alcantara) is a Roman bridge at Alcántara, in Extremadura, Spain. Alcántara is from the Arabic word al-Qantarah (القنطرة) meaning "the arch". The stone arch bridge was built over the Tagus River between 104 and 106 AD by an order of the Roman emperor Trajan in 98.