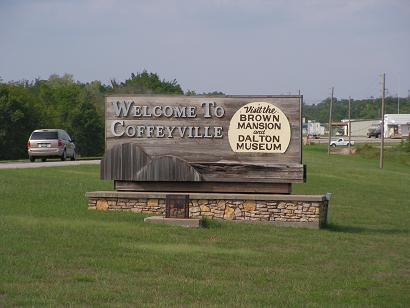 Coffeyville is a city in southeastern Montgomery County, Kansas, United States, located along the Verdigris River in the state's southeastern region. As of the 2010 census, the city population was 10,295. It is the most populous city of Montgomery County and with its southeast Kansas location is in the Tulsa, Oklahoma media market. The town of South Coffeyville, Oklahoma is approximately 1 mile south of the city.