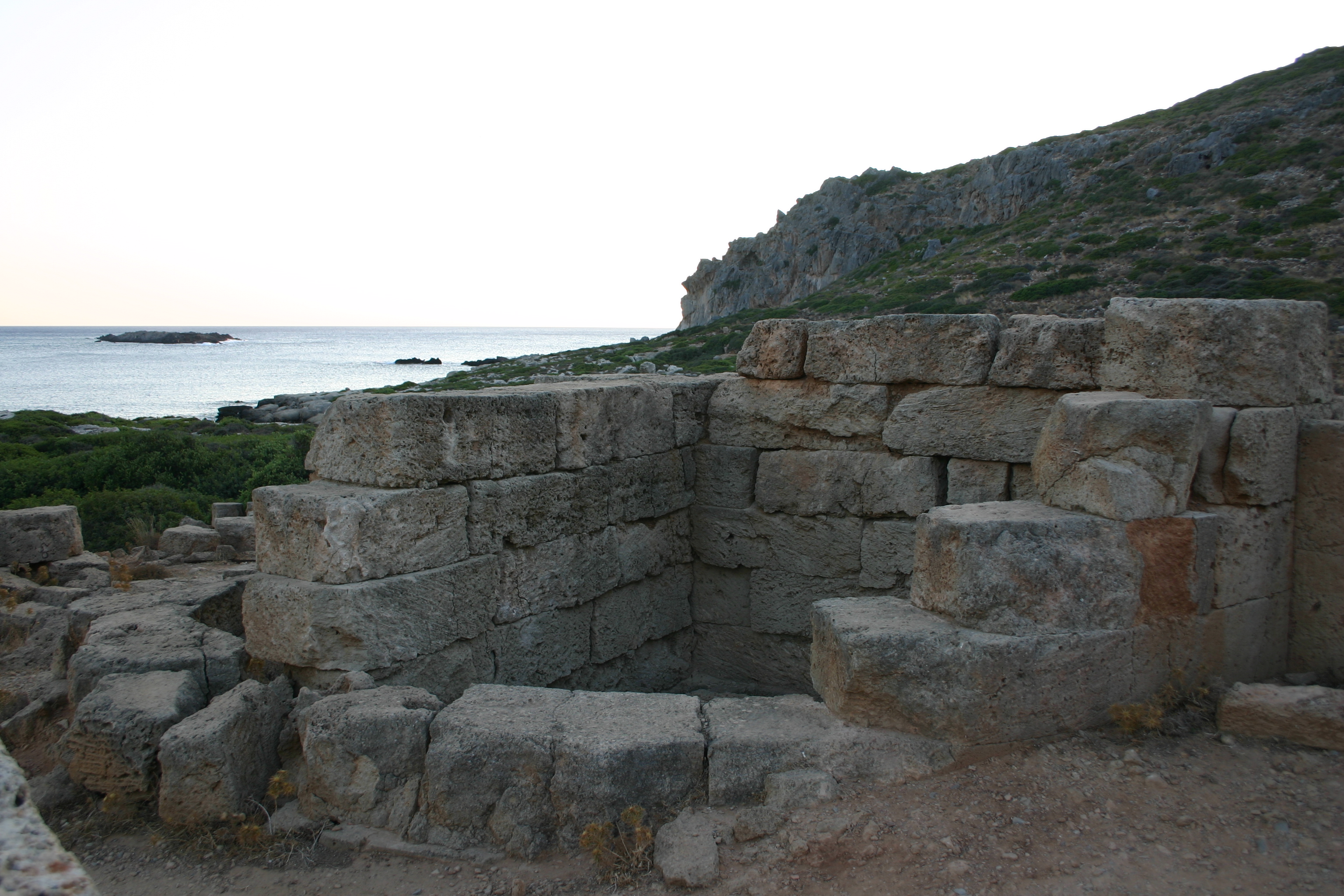 Phalasarna or Falasarna (Ancient Greek: Φαλάσαρνα) is a Greek harbour town at the west end of Crete that flourished during the Hellenistic period. The currently visible remains of the city include several imposing sandstone towers and bastions, with hundreds of meters of fortification walls protecting the town, and a closed harbor, meaning it is protected on all sides by city walls. The harbor is ringed by stone quays with mooring stones, and connected to the sea through two artificial channels. Notable finds in the harbor area include public roads, wells, warehouses, an altar, and baths. Most of these structures were revealed by excavations that began in 1986.