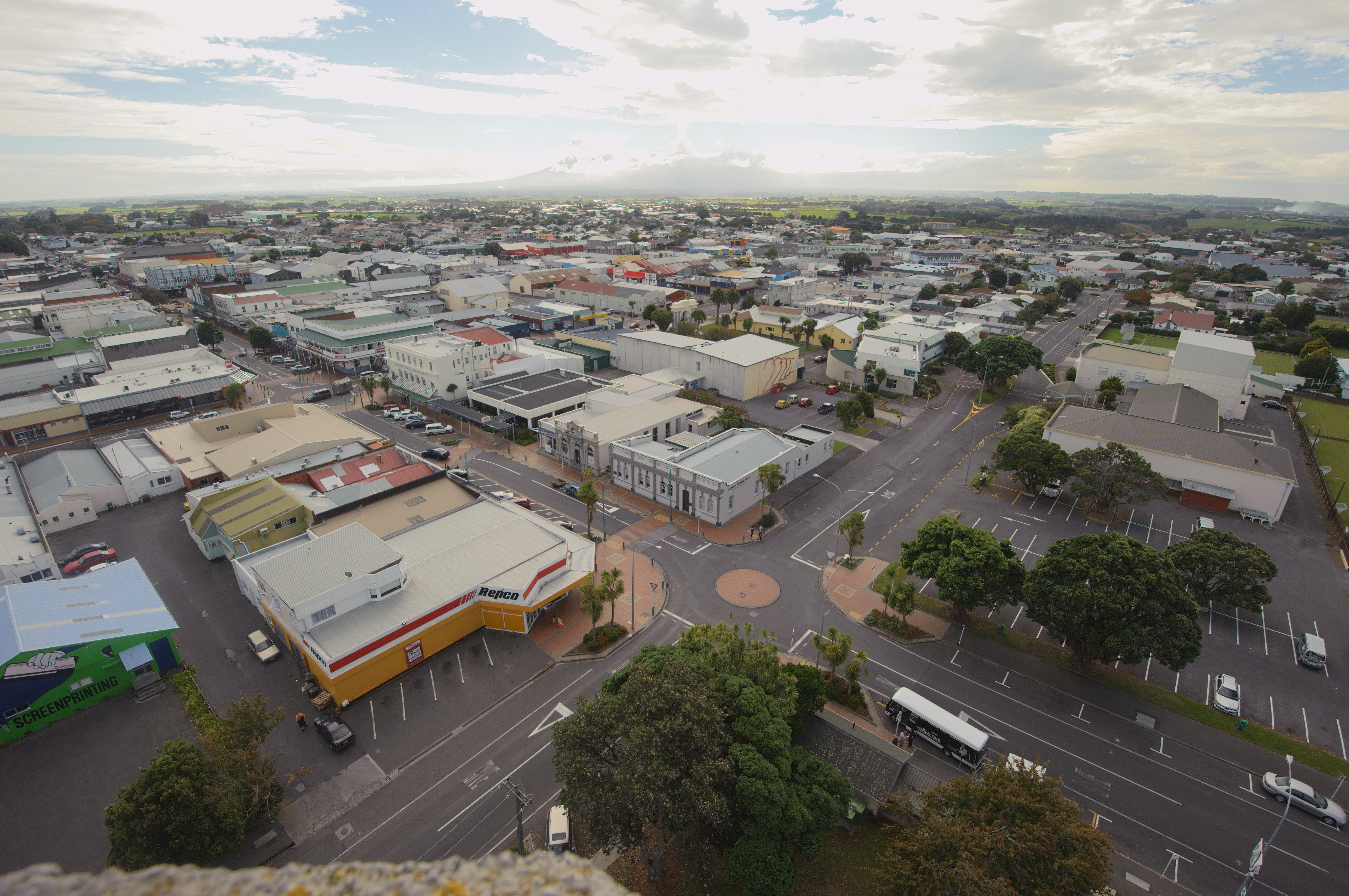 Hāwera is the second-largest centre in the Taranaki region of New Zealand's North Island, with a population of 10,150. It is near the coast of the South Taranaki Bight. The origins of the town lie in a government military base that was established in 1866, and the town of Hāwera grew up around a blockhouse in the early 1870s.