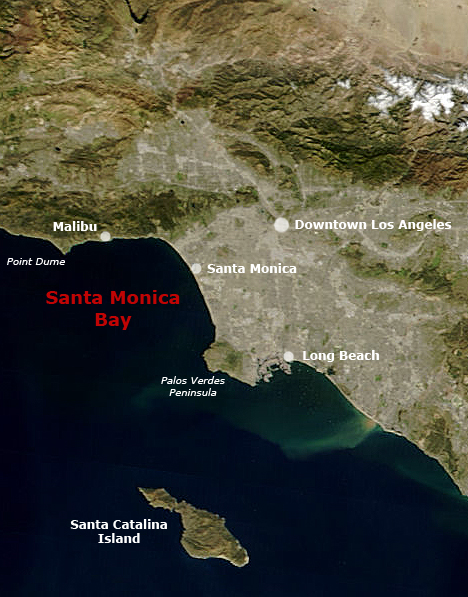 Santa Monica Bay is a bight of the Pacific Ocean in Southern California, United States. Its boundaries are slightly ambiguous, but it is generally considered to be the part of the Pacific within an imaginary line drawn between Point Dume, in Malibu, and the Palos Verdes Peninsula. Its eastern shore forms the western boundary of the Los Angeles Westside and South Bay regions. Although it was fed by the Los Angeles River prior to the river's catastrophic change of course in 1825, the only stream of any size now flowing into it is Ballona Creek. Other waterways draining into the bay include Malibu Creek, Topanga Creek, and Santa Monica Creek.