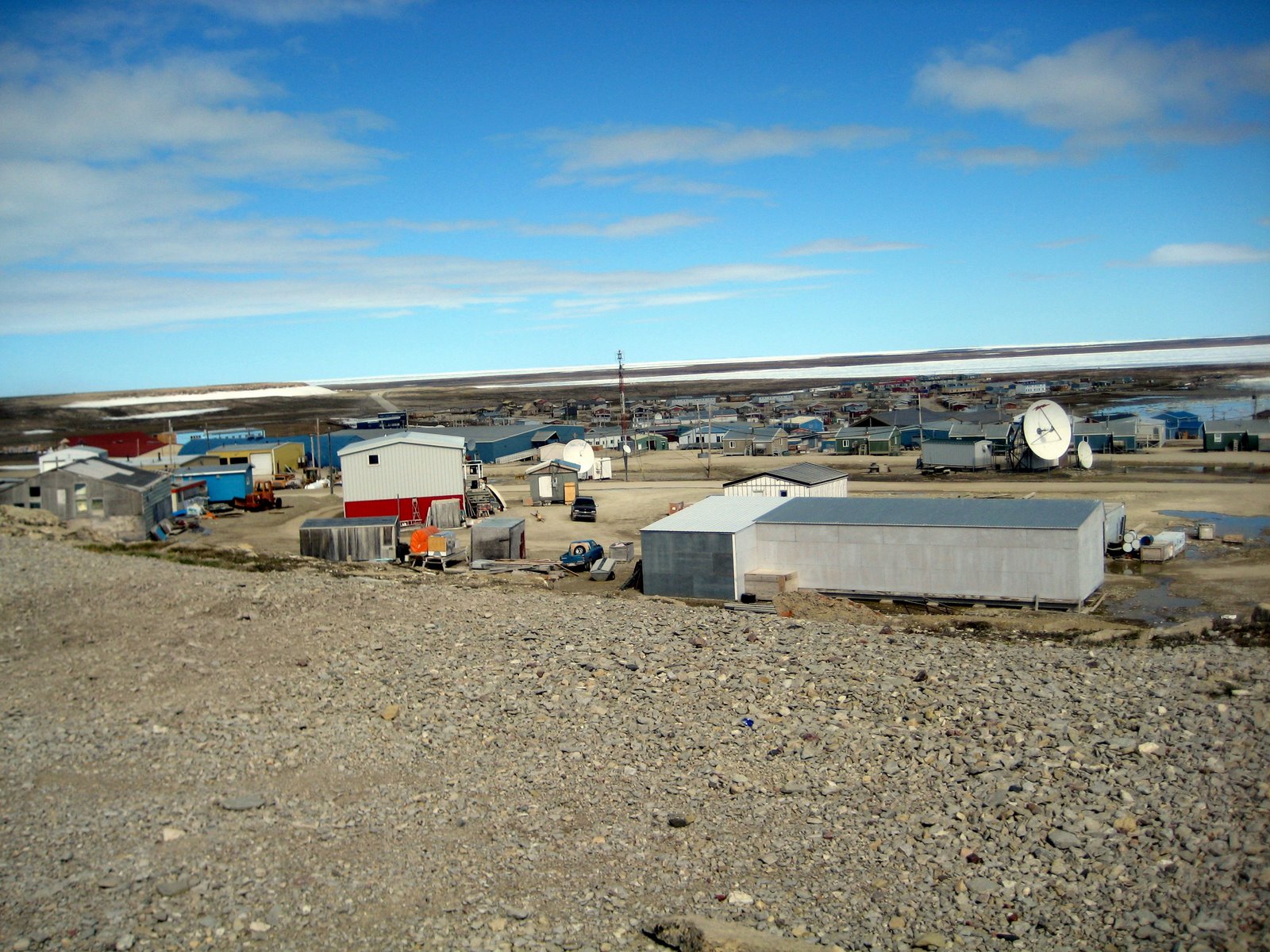 Igloolik (Inuktitut syllabics: ᐃᒡᓗᓕᒃ, Iglulik, Inuktitut pronunciation: [iɣ.lu.ˈlik]) is an Inuit hamlet in Foxe Basin, Qikiqtaaluk Region in Nunavut, northern Canada. Because its location on Igloolik Island is close to Melville Peninsula, it is often mistakenly thought to be on the peninsula. The name "Igloolik" means "there is a house here". It derives from iglu, meaning house or building, and refers to the sod houses that were originally in the area, not to snow igloos. In Inuktitut the residents are called Iglulingmiut (the suffix miut means "people of").